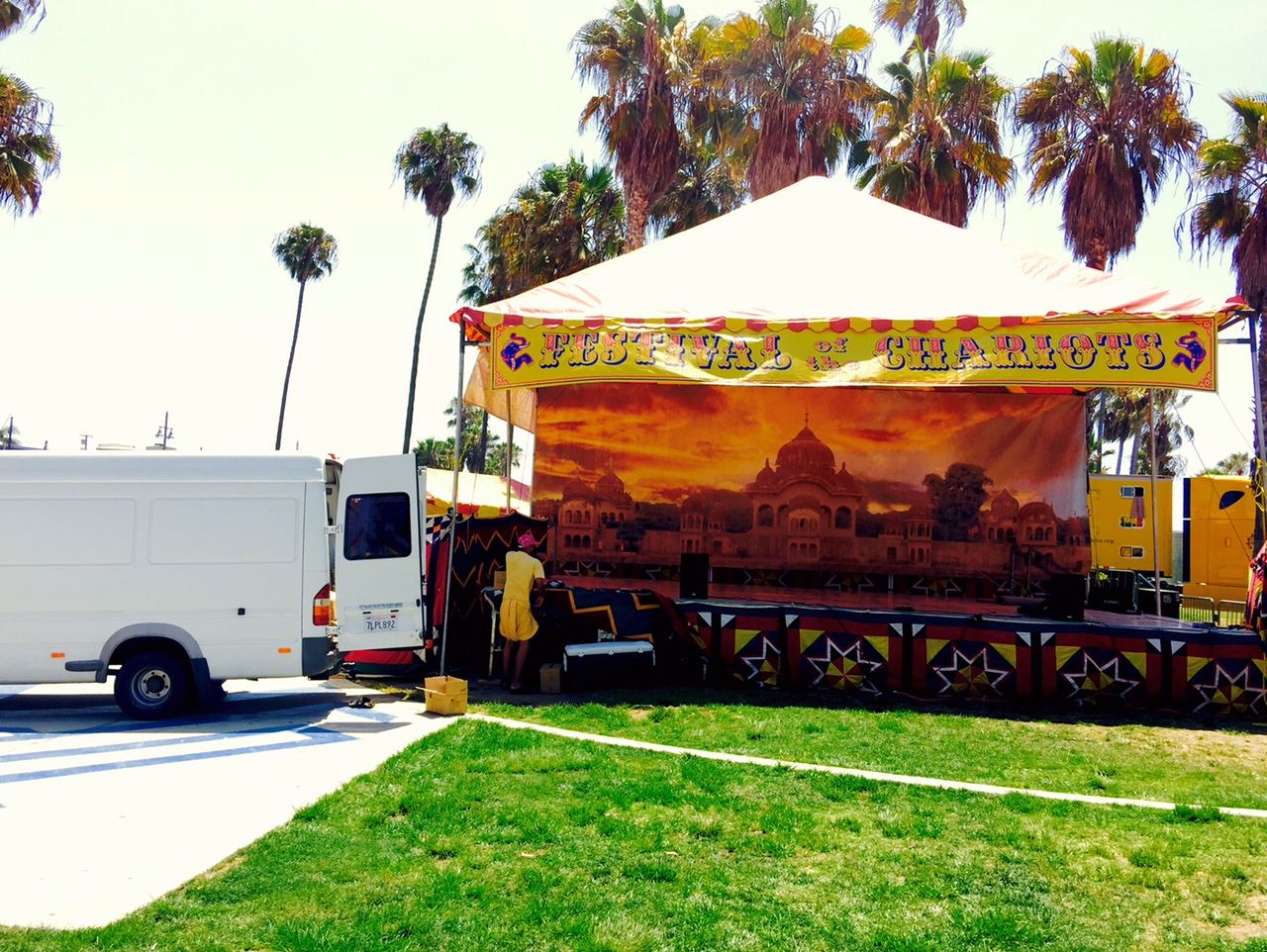 Setting up has begun on Ocean Front Walk for t

he 39th Annual Festival of the Chariots Parade. The event takes place in Venice tomorrow, starting at 10am.

Three ornate thirty-foot chariots will parade from the Santa Monica Civic Auditorium to a colorful festival site in the park on Ocean front Walk at Windward Ave.

Music, exotic Indian dance, and educational exhibits on bhakti-yoga and east-Asian culture will be part of the free exhibit.

There will be family and children activities, the popular Govinda’s Gifts tent, free yoga lessons, a variety of exotic and traditional vegetarian food tents, as well as a free feast booth to serve 10,000.

The free festival is hosted by the International Society for Krishna Consciousness and each year it continues to draw a crowd upward of 50,000 to Venice. First initiated in 1977 by Bhaktivedanta Swami Prabhupada, who instructed his disciples to hold a grand parade and distribute free vegetarian food as an offering to God, to share the love of God, as a part of the tradition of India.

During the parade the crowd sings and dances, as volunteers pull  the chariots. The idea that the huge chariots are pulled simply by the devotional enthusiasm of the crowd. They contain no motors. It is the traditional rumor among festival goers that by pulling the thick ropes one is able to pull God close to one’s heart and drive out all unwanted things.

These same forms parade every year through the ancient seaside city of Jagannatha Puri, Orissa, India. The Los Angeles version of the Festival of the Chariots is inspired by this original version held in Puri for over a thousand years, attended by a crowd of one million annually.