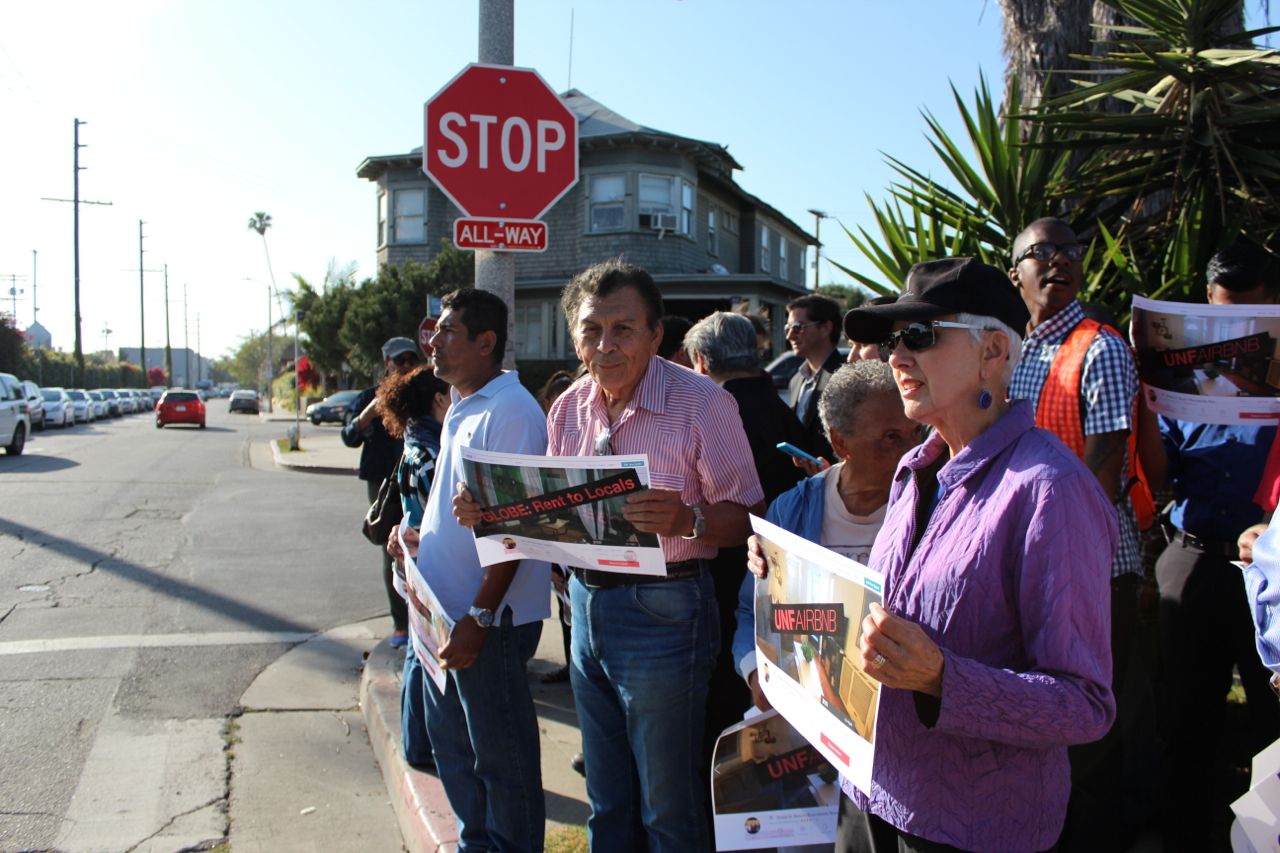 The Bonin-Wesson motion asks the Planning Department and the City Attorney’s office to craft an ordinance that:

The proposed legislation seeks to provide governing rules for a popular and growing industry that provides tourists an opportunity to stay in residential neighborhoods for less than 30 days.  Using online platforms, visitors to Los Angeles and cities around the world routinely use short-term rentals in lieu of hotels to stay in and experience a community – and the services offer many hosts an ability to supplement their income by renting out an extra room or guest house, or their entire residence while they are away. As a result of the proliferation of short-term rentals, however, there has been a negative impact on some residential neighborhoods, which are changed by a revolving cast of visitors and their impacts. In some popular tourist communities such as Venice, speculators have subverted the “sharing economy” business model, converting regular rental housing into short-term rentals, significantly reducing rental stock and contributing to increased rents and decreased affordable housing. In some cases, large numbers of units in the same building, or entire buildings, have been converted to short-term rentals, operated by off-site management companies.

“The loss of affordable housing is unacceptable and we must act now to protect neighborhoods from people who abuse short-term rentals,” Bonin said. “We don’t want to take away someone’s ability to make ends meet by renting out an extra room or guest house, but we cannot tolerate how a growing number of speculators are eliminating rental housing and threatening the character of our neighborhoods.”

“The proposal is a win-win protecting neighborhoods and our  much needed affordable housing stock, while allowing the city to maximize transit occupancy tax for city services,” said Wesson. “Los Angeles welcomes tourists and visitors with flexibility and an opportunity to experience L.A. like a true local.”

The City’s current zoning regulations do not anticipate or effectively govern short-term rentals, and short-term rentals are not technically allowed in most neighborhoods in Los Angeles. Many cities have recently taken action to regulate the industry — with some cities, such as West Hollywood, banning them entirely, and others permitting them with few rules, in exchange for collecting the hotel tax from visitors.

The Bonin-Wesson proposal strikes a balance, allowing genuine “home sharing” of primary residences by hosts, but prohibiting the dangerous growth of a phenomenon that subverts the “home sharing” business model and creates unregulated underground hotels in residential neighborhoods.

Today’s proposed legislation comes 2 months, to the day, after Venice residents took to the streets to protest the proliferation of short term rentals in the neighborhood.

"As you stated: 'You can’t beat somebody with nobody.' I’m not nobody, Nick. I’m the woman who is stepping up to beat Mike Bonin," writes Traci Park (pictured). Photo: Courtesy.
Opinion