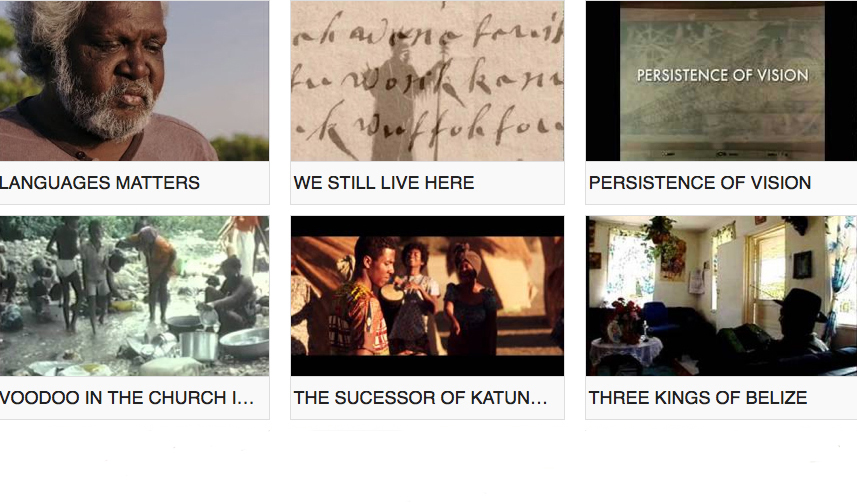 There’s something about Venice’s critically acclaimed Garifuna Film Festival that’s capturing attention from filmmakers, musicians, and artists from all over the world.

The 4th Annual Garifuna Film Festival, which returns today, May 22, through Monday, May 25, at Electric Lodge, is considered an international tower of strength and a major galvanizing force for unity amongst nations.

The festival’s focus has always been to give a message of hope and solidarity with conflicting countries and cultures proving they could work together both productively and creatively.

The goal is to heal the divide between nations thereby transcending petty politics and borders.

Realizing what it means to be stripped of her native culture, heritage, and language – because of the colonialist’s need to assimilate native Indigenous cultures and deny them their priceless facets of heritage – she forged the Garifuna Foundation to help children   academically as research shows that those who are immersed in their cultures perform better, have higher self-esteem, and lead more productive and happy lives.

Freda Sideroff: I was guided by the ancestors to create the Film Festival to help make people aware of my culture and the importance of its preservation. After we began, I realized it was important to me to support the awareness and the preservation of all indigenous cultures.

Can you talk about how it has evolved?

This year we are celebrating a five-day event May 22 through May 26. May 26 has been proclaimed Garifuna Film Day since 2012 by the city of Los Angeles and the state of California. It started out as a one-day event that presented every element that continues to hold importance and urgency. It expanded to all indigenous cultures because we live in a culturally diverse community and we have much to learn from each other.

Why is it important for the community to get involved?

It is everyone’s responsibility to know about and to help preserve our ancient cultures. There is much that we can learn from people and communities that have learned to live in peace with each other and with the earth. It is also important for our communities to bring their own unique cultural knowledge and experience – in the form of dance, art, music, lectures and workshops that are part of the festival – to share with others, and to learn from.

What will people learn, take away from the experience?

The reality of being more alike than different in many aspects as well as becoming enriched with new cultural experiences as will be presented through films, documentaries, art, and music from around the world. They will also be exposed to very powerful speakers and leaders.

What is the format for the festival?

The Garifuna Festival takes place over five days. There is a schedule of each day that can be  accessed through our website www.GarifunaFilmFestival.com. During the day and into the evening we will be presenting amazing documentaries from around the world. There will also be morning workshops that focus on the process of filmmaking and will be great for students of film.
Each evening there will be special events that include keynote speakers, including Marianne Williamson, and Chief Joseph Paulino, and spectacular cultural music presentations. Cultural art will also be displayed throughout the event.

Recognition will be given to members of our community creating ambassadors supporting the preservation of indigenous cultures.

Has this festival always been in Venice?

The festival began in Marina Del Rey the first two years, and then was housed in Beyond Baroque in Venice. This is our second year at the Electric Lodge, 1416 Electric Avenue, 90291; which is a great venue.

Who have you had as keynote speakers in previous years?

A couple of years ago we were honored with the keynote speech by Roy Cayatano coming all the way from Belize. Dr. Cayatano is the President of the National Garifuna Council and was instrumental in 2001 by helping to persuade the United Nations to proclaim the Garifuna language, music and dance as Oral an Intangible Heritage of Humanity.

We also had Lina Martinez from Honduras, author Piper Dellums, and writer/producer Victoria Mudd who is an Academy Award winner for her documentary “A Broken Rainbow.”

This year we are honored with Marianne Williamson, who is an American spiritual teacher, author, and lecturer. She has published 10 books, including four New York Times number one bestsellers. She is the founder of Project Angel Food, a meals-on-wheels program that serves homebound people with AIDS in the Los Angeles area, and the co-founder of The Peace Alliance, a grass roots campaign supporting legislation to establish a United States Department of Peace. She serves on the Board of Directors of the Results organization, which works to end poverty in the United States and around the world.