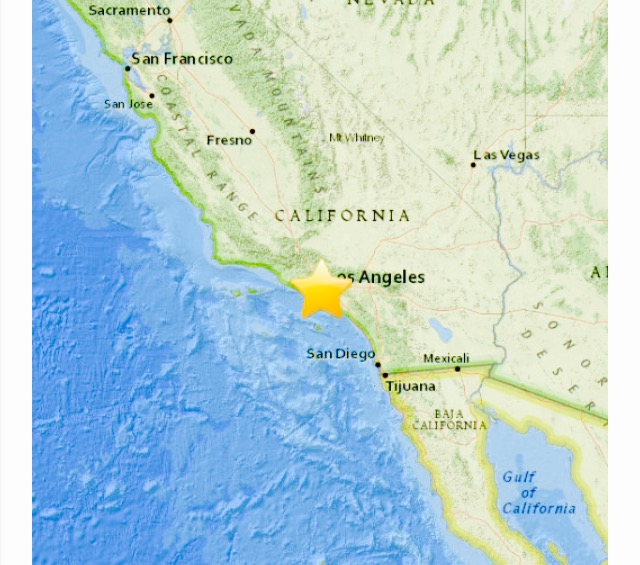 Residents in Venice and across Los Angeles were jolted out of bed this morning by a magnitude 3.9 earthquake centered one mile northeast of Baldwin Hills, according to the U.S. Geological Survey.

The earthquake was the third temblor within the past month near the Newport-Inglewood fault. A magnitude 3.5 quake was recorded there on April 12 and a 3.4 on April 30.

USGS officials consider today’s 4:07 a.m. shaker relatively shallow and said it was not severe enough to cause major damage. But that didn’t stop shaken Los Angeles area residents from taking to Twitter and other social media to verify the earthquake and share their experiences.

Dr. Lucy Jones, a seismologist with the USGS in Pasadena, pointed out on Twitter that the Baldwin Hills area has experienced major earthquake activity every year since a magnitude 4.7 quake on May 18, 2009. “Little earthquakes happen all the time,” she posted, “and we can’t find a significant pattern.”