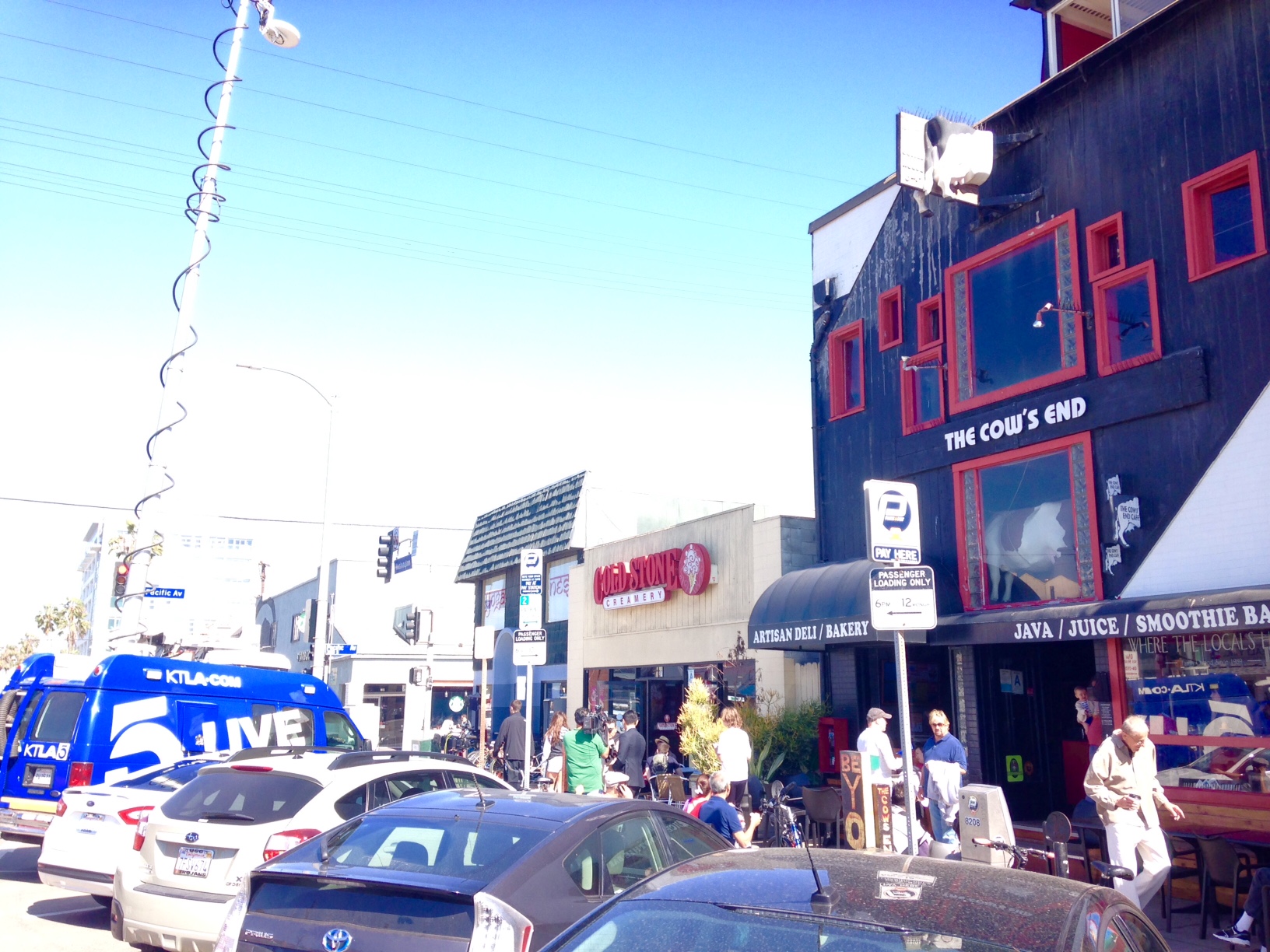 Jonathan Lemons has pleaded not guilty to biting off the fingertip of Cow’s End Cafe owner Clabe Hartley.

The  31 year old transient was arrested shortly after the attack about 9:30 a.m. Saturday at the cafe at 34 W. Washington Blvd., said Lt. Joseph Sanchez of the Los Angeles Police Department’s Pacific Station.

Lemons was transported to the 77th Street Station after booking to be held at a station with a medical dispensary, Sanchez said.

Hartley, 72, said the suspect told him, “I’ll kill you,” when Hartley tried to stop him from harassing customers.

Hartley said the man, described as a transient, then came at him. Cafe patrons helped stop the attack.

Venice local Kelly Ott, who used to work as Chuck Norris’ stunt man said he grabbed the man from behind “He was clawing at Clabe’s eyes” said Ott “I got him in a hold from behind and then everyone, the man, Clabe, and I fell to the ground” This is when Ott noticed blood all over his arms, he looked up to see “blood spurting out of Clabe’s finger”

The suspect spit out the fingertip, which could not be reattached. He then tried to run but Ott chased after him, eventually holding him at knifepoint “He was crazy strong, I couldn’t hold him but when he saw the knife he calmed down and I was able to flag down a passing Police cruiser”

He was booked on suspicion of aggravated mayhem, a felony, police said.