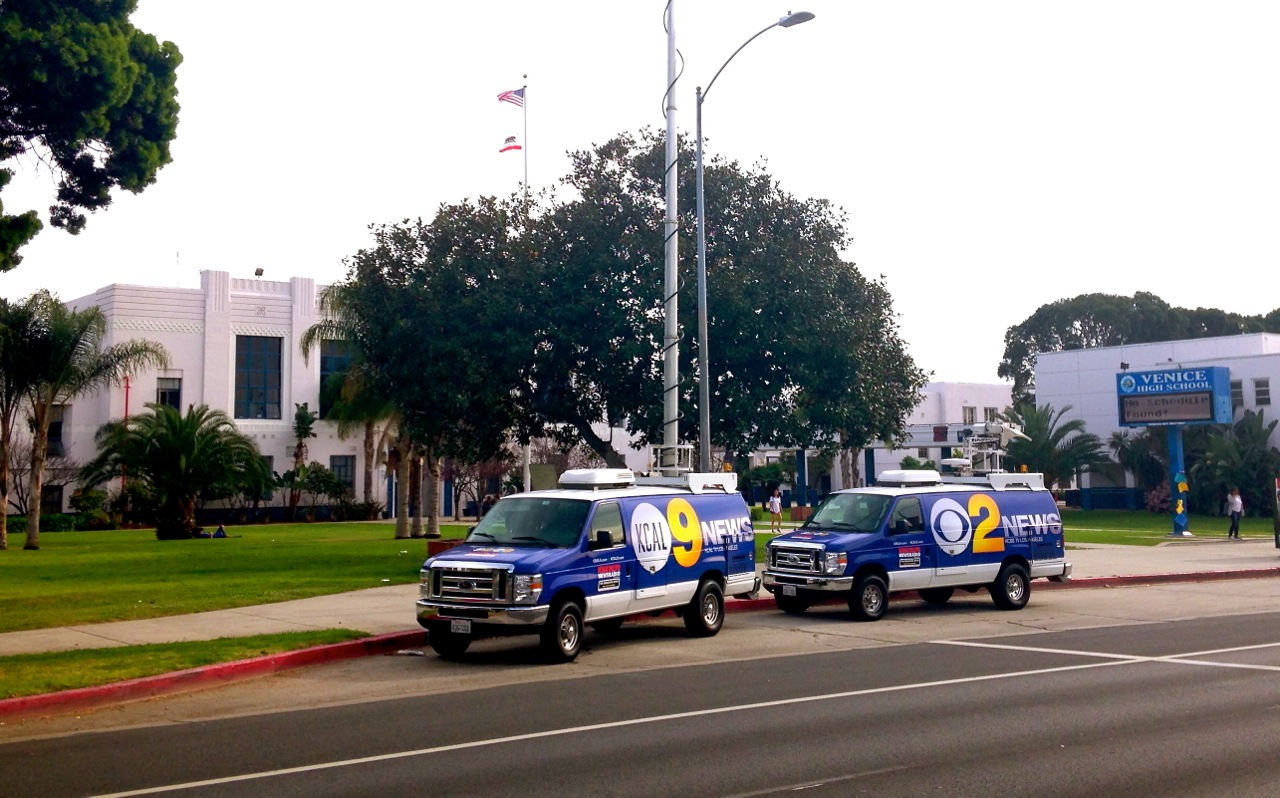 Three extra counselors were assigned to Venice High School today, as police continued their search for four students who allegedly were part of a group of 14 teenage boys accused of sexually assaulting two female classmates.

Nine of the suspects were arrested Friday morning, and a 10th turned himself in later that day. All 10 were questioned and have been released to their families, according to Los Angeles police.

The 14 suspects — all students at the campus — are all allegedly tied to a series of sexual assaults that occurred both on and off campus beginning in December 2013, though most of the crimes occurred recently, said Los Angeles police Cmdr. Andy Smith.

The counselors were made available at the campus to address concerns of students, staff and parents regarding the case, said Ellen Morgan of the Los Angeles Unified School District. Attendance was normal at the school today, she added.

The school district communicated with parents and students via a letter on Friday, in which LAUSD Superintendent Ramon Cortines assured them that the LAUSD “is cooperating fully with the ongoing investigation by LAPD and school police.”

“This is a painful moment for Venice High School and this district,” Cortines said Friday. “I want you to know that no sexual misconduct of any kind by students or staff will ever be tolerated in L.A. Unified.”