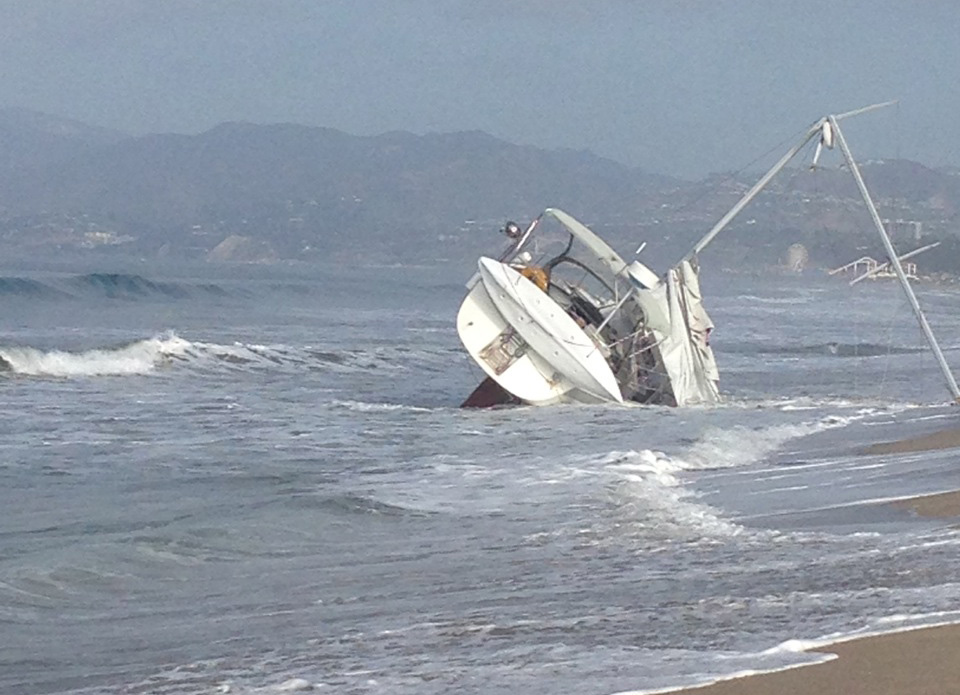 The captain of a sailboat was arrested after his craft ran aground and began to capsize at Venice Beach early this morning, authorities said.

The sailboat ran aground between the Venice and Santa Monica piers around midnight, said Sgt. G. Montoya of the sheriff’s Marina del Rey Station.

“The captain of the boat was possibly under the influence so we notified the sheriff’s Marina del Rey Station,” Munoz said.

Montoya confirmed the captain was arrested on suspicion of driving a boat while under the influence of drugs or alcohol.

The sailboat was left along the surf line until the captain could make arrangements to have it removed, she said.

"The claim that the coronavirus plague is a hoax has not died since anti-vaxxers began shouting it last spring at rallies against shutdown orders. It’s been picked up by the many more folks who are reluctant to wear masks and by people who claim – without evidence – that masks prevent them from breathing well," writes Tom Elias in his latest column.
Featured, Venice Beach News, Venice Beach Opinion, Westside Wellness

By Tom Elias, Yo! Venice Columnist The headline back on June 12 was threatening: “A revolt against masks creates new...

Institute Today we have the pleasure of chatting with a Hyperthermia Cancer Institute Patient who shares their miraculous and unfiltered...