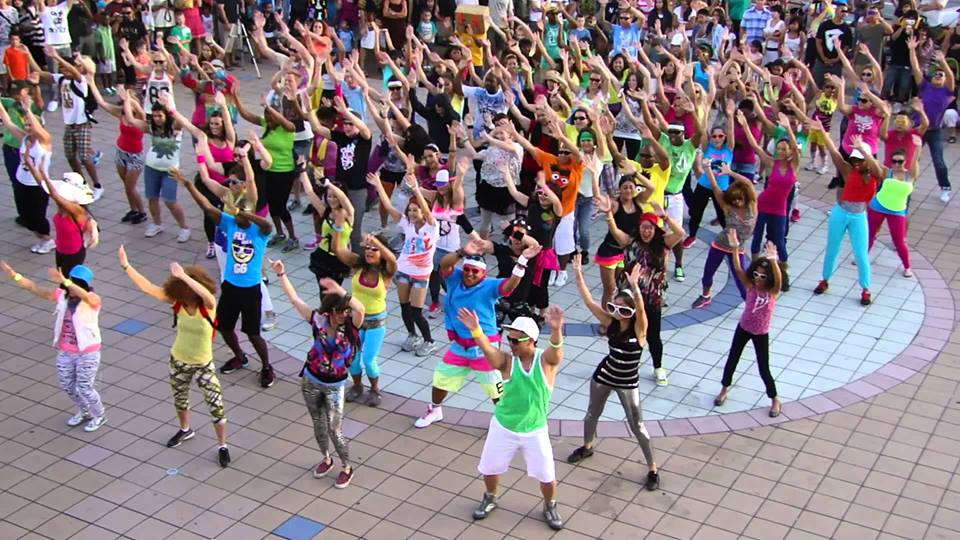 The eclectic performers that make the Venice Beach Boardwalk famous had a bit of competition on Friday as a flash mob of around 60 dancers surprised visitors with a performance aimed at raising awareness of homeless youth exiting the foster care system in Los Angeles.

The young dancers, many of whom were once homeless, attracted a crowd of onlookers as they performed a choreographed routine to the song “Do You Know Where Your Children Are” by Michael Jackson.

“They think these are just bad drug addict kids on the street. If you give them a chance, they will succeed.”

Burns said many foster youth exit the system without the most basic skills needed to live independently.

She said finding innovative ways to teach independent living skills to foster youth is critical to keeping kids off the street when they exit the foster care system.

“They need parenting,” Burns said. “They need guidance and support. We have been going about it all wrong for a long time.”

Ashley Curtis, 25, spent her youth in the foster care system and then lived on the streets, where she turned to drugs and alcohol. She said that performing in the flash mob is part of her healing process and overcoming her past mistakes.

“I am learning so many coping skills and dance is one of them,” Curtis said. “Dance gives us a little bit of solidarity and I think it builds confidence.”

It is estimated that more than 4,000 youths are living on the streets in Los Angeles and one out of every five young adults entering homeless shelters came from the foster care system, according to The Teen Project.

Burns said that in addition to organizing the flash mob, she is working with Los Angeles City Councilman Mike Bonin and the Venice Neighborhood Council to help end youth homelessness in Venice, a big magnet for the homeless population.

The Venice flash mob included many Freehap residents who were taught dance moves by the nonprofit Fostering Dreams Through Dance, which aims to educate and empower foster youth through the art of dance.