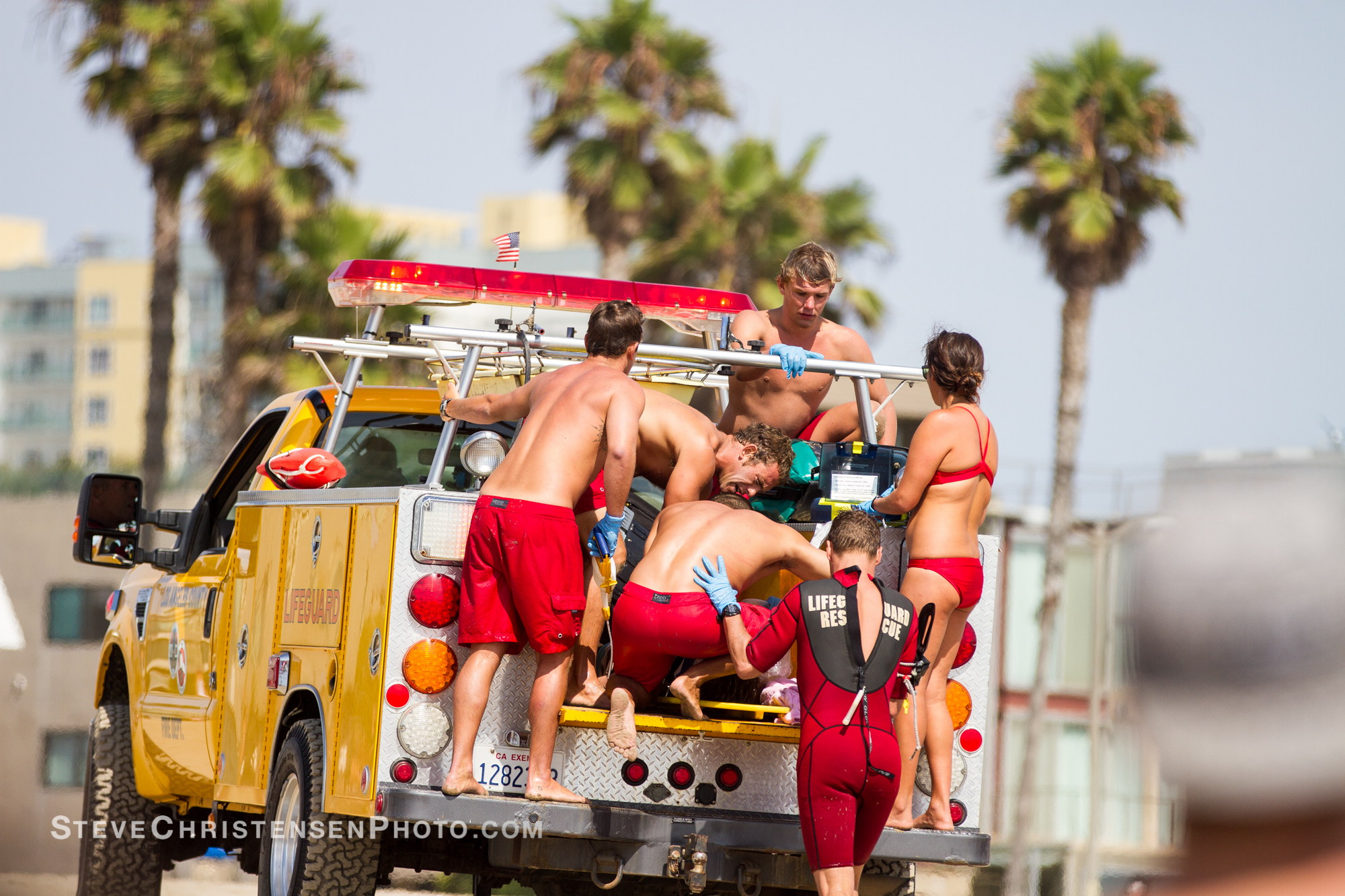 We were exiting the 10 Freeway at Lincoln when we heard a MASSIVE thunderclap, which apparently caused a number of injuries. This is a breaking story so we will update as more details come in, or report what you saw in the forums.

UPDATE 10:30 AM 7/28/2014: The Santa Monica Mirror reports that the Coroner has released the name of the swimmer who died yesterday, 20 year-old Nick Fagnano.

UPDATE 6:13 PM: KABC reporting on air that one person has died at the hospital.

UPDATE 3:40 PM : We spoke with Katherine Main, spokesperson for LAFD, details are still coming in:

2:21 LAFD was called to 3500 Ocean Front Walk, and treated and transported 8 patients, 7 adults, one 15 year-old.  LAFD is evaluating an additional patient, and LA County Lifeguards are searching the water for a possible additional person.

ALL PHOTOS BELOW COURTESY STEVE CHRISTENSEN: