A vendor on Ocean Front Walk that was allegedly selling commercially made hats and key chains struck an LAPD Pacific Division officer at approximately 2:30 pm this afternoon. 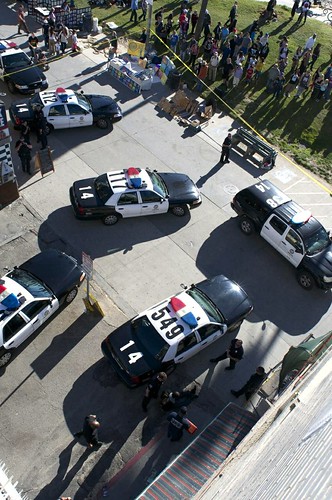 Pacific Division was “conducting an undercover operation on illegal commercial vending on the Boardwalk” said Senior Lead Officer Peggy Thusing. The undercover officers “observed a violation and requested uniformed officers to issue the violator a citation”. The vendor “refused to sign the citation and became combative with the officers”. The officers “requested additional resources and managed to handcuff the violator” near Westminster and Ocean Front Walk. While attempting to place the violator in the police vehicle, “the violator swung his elbow, striking an officer in the jaw”.

Fortunately, the officer was not seriously injured. The commercial vendor, who has been cited numerous times in the past, was booked for Penal Code 69 PC (resisting an officer), which is a felony.