Earlier this evening, the Department of Recreation and Parks held a community meeting on the proposed “Great Observation Wheel” of Venice Beach. The proposed wheel would be financed and owned by “Great City Attractions” (GCA), with profits split between GCA and the City of Los Angeles. 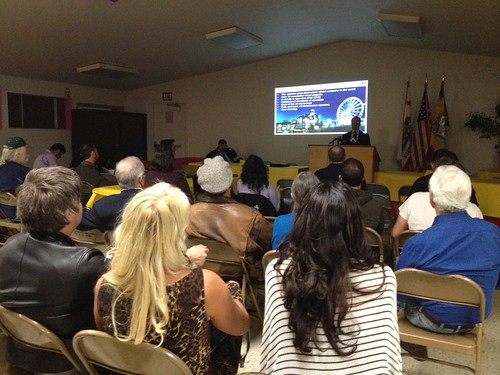 The project is proposed for the concrete area east of the bike path just north of the police substation. The 200 foot tall project (the London eye is 443 feet tall) would cost an estimated 13+ million dollars (funded by GCA) and have an 82 foot base. The wheel would feature enclosed observation cars with air conditioning, be lit at night and cost $10-15 or so per passenger to ride, with student and senior discounts. Full capacity of the wheel would be 252 (42 capsules with 6 occupants each).

So far, the City seems overwhelmingly positive on allowing “the wheel” to be built in Venice. 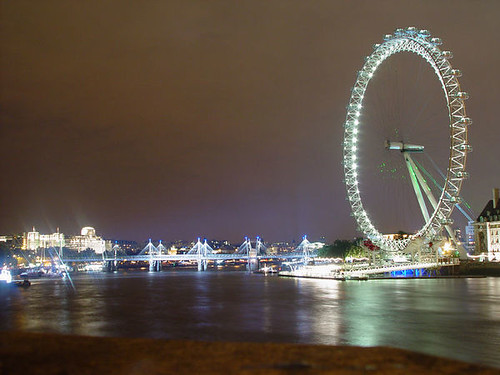 The London Eye, a similar observation wheel twice the height of the proposed Venice wheel. 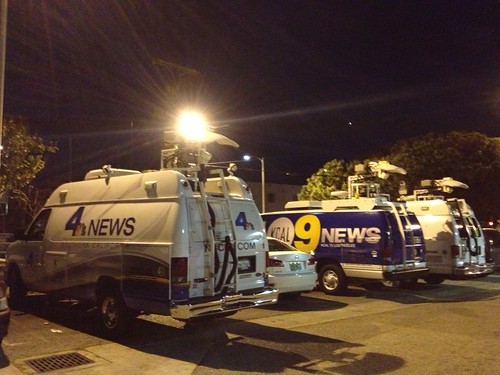 Residents at the meeting raised concern about parking (a shuttle from remote lots was suggested), restrooms (a Parks and Recs decision), the angle of the wheel due to wind concerns (have it East/ West rather than North/ South), were adamant that there be no advertising on the wheel, questioned the price of admittance for residents, raised concerns that the diesel generators for the ride and air conditioning are not energy efficient and also expressed a big concern on how the profits would be split – residents not wanting all of the moneys taken away from Venice for projects elsewhere. It was explained that the profits would go to the department of recreations and parks, which would filter back through the community to maintain the boardwalk area.

Great City Attractions is applying for a three year permit and likely extensions after that. They are working with city planning, building and safety and the coastal commission for the access permit.

While it is not legal to drink in the park area that the observation wheel would take over, there would be a VIP lounge that has alcohol so they would need a separate permit for that.

Check out all the local news channels at 11pm, there should be coverage!

Update: as noted by “rickgarvey” in the comments on this article, GCA’s track record may be something the City needs to look into. Not sure where some of the TV outlets got their info that GCA built the London “eye”, it appears the unrelated MACE group did. The only wheel GCA seems to have completed appears to be the Singapore Flyer. According to wikipedia, “in March 2010, Great Wheel Corporation, a consultant for the Singapore Flyer, was one of several companies named in a report alleging embezzlement, lodged with the prosecutor’s office in Berlin, Germany.”