Now, don’t go signing any rights to your songs away for 30 bucks if you are a musician, but public television’s KCET Departures has launched the Venice Mixtape Contest. They will be collecting songs inspired by the cultural, community and personal history of Venice for a chance to win a $30 gift certificate to Amoeba and to also be published on their website. 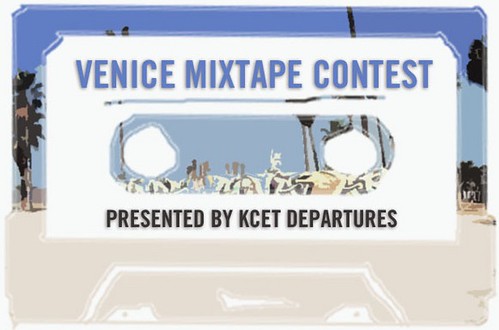 KCET Departures invites contestants to send them the name of a song (with URL from YouTube, if it exists) that reminds them of Venice, or even better, an original song, for a chance to win a $30 gift certificate to Amoeba and be published on their site with the final mixtape. The deadline is February 20th, 2012