Big Sugar LLC is shooting a film tenatively titled “Sugar” in and around Venice. Yesterday they were shooting near Mao’s kitchen and OFW. “Sugar” stars Marshall Allman (True Blood), Shenae Grimes (90210) and Alex Meraz (The Twilight series). The film is about a group of homeless kids living in Los Angeles and is helmed by Rotimi Rainwater. 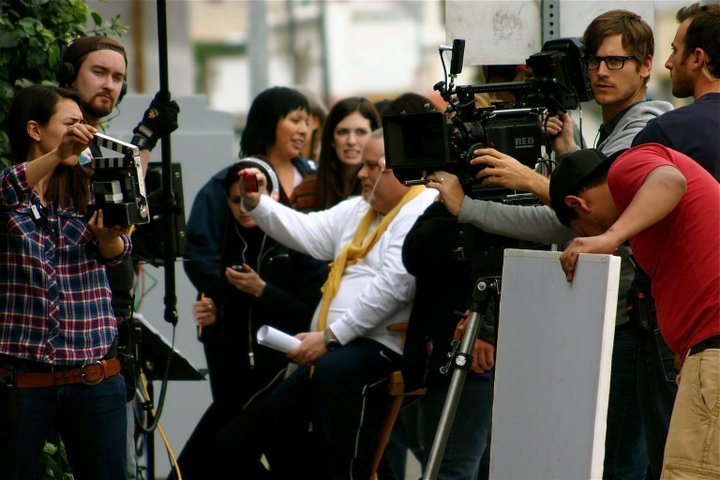 The cast and crew of the film have teamed up with My Friends Place, the most frequently visited drop-in resource center for youth in Southern California, to help raise awareness of the problem of homeless youth.

Rainwater spent six months in his youth living out of his car so when it came time to decide the topic of his first feature film, he knew he had the opportunity to make a difference. He is looking forward to speaking for these disadvantaged youth who cannot speak for themselves.