Yo Venice reader Steve wrote to us inquiring about what would be happening with the 4th of July Fireworks around Venice. From the LA County Department of Beaches: 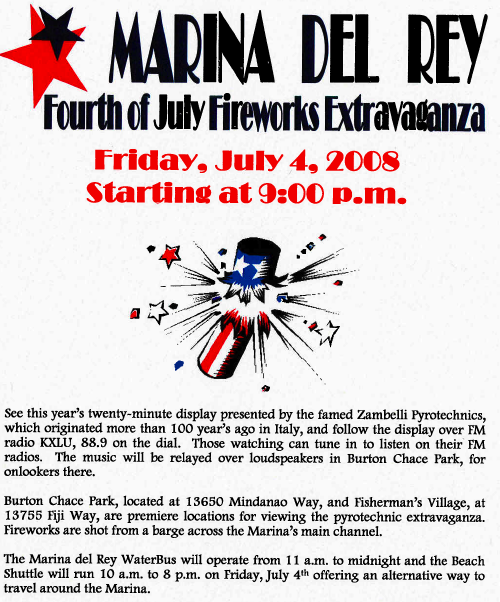 The traditional fireworks extravaganza over the main channel in Marina del Rey will be presented on Friday, July 4th, starting promptly at 9pm. This event is sponsored by the Los Angeles County Department of Beaches and Harbors. The fireworks are choreographed to patriotic music, which will be broadcast in sync with the pyrotechnic display over FM radio KXLU, 88.9 on the dial. The music will be relayed over loudspeakers in Chace Park for those watching there. Call 310-305-9545 for more information.

Over COVID-19 cases in LA County By Sam Catanzaro The City of Los Angeles is closing all parks for Easter...

Century-Old Home Could Be Replaced by Apartments

"We are laying off about 70 percent of our staff," says a local restaurant owner in the wake of LA County...