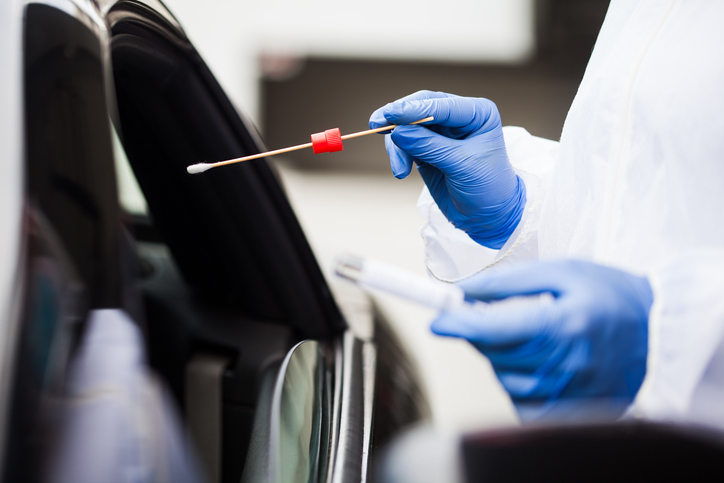 Los Angeles City Attorney Mike Feuer has announced two settlements valued at a total of $26,454,593 after a COVID testing company was accused of distributing fraudulent results.

Sameday Health operates 55 testing locations nationwide, with 16 locations in L.A. County and five in the City, and has made tens of millions in revenue since the beginning of the pandemic. The settlements require the defendants to pay restitution and civil penalties, and comply with permanent injunctions prohibiting them from participating in the alleged activities that led to the City Attorney’s investigation. L.A. County District Attorney George Gascón joined Feuer in this civil enforcement action.

“It’s beyond outrageous that anyone would falsify COVID tests, as we allege happened here. If you get a negative test, you assume it’s safe to go to work, visit family and friends, or take a vacation. But the victims of this alleged scheme might unknowingly have spread COVID to others or failed to receive timely and appropriate care themselves,” said Feuer. “I just got over COVID myself and know how essential it is to have accurate test results. This landmark resolution will stop this alleged scheme, give restitution to consumers and insurers, and impose severe penalties.”

The two complaints further allege that Sameday Health and Huettenbach partnered with Toll to engage in insurance fraud by charging insurance companies that were already paying for COVID-19 tests an additional fee for medically unnecessary medical consultations. According to the complaint against Sameday Health, “Sameday Health and Huettenbach required customers paying with insurance to consent to and participate in medically unnecessary consultations with doctors in order obtain a COVID-19 test. On the other hand, consumers paying with cash, the complaints allege, were not required or even able to obtain these consultations.”

Sameday Health allegedly targeted its insured consumers and steered them to Toll for superficial, two to three-minute-long telemedicine visits for which they charged health insurers approximately $450. In exchange for steering these customers to him, Toll allegedly gave Sameday Health a large portion of his profits from the consultations as a kickback. In all, the Sameday Health complaint alleges that Sameday Health made millions of dollars from California-based insurance claims alone.

In the settlement, Sameday Health and Huettenbach both agree to be subject to a permanent injunction that prohibits them from engaging in the unlawful business practices alleged in the complaint. The injunction also prohibits Huettenbach personally from accessing any test result or medical record belonging to any of Sameday Health’s customers. In addition to the permanent injunction, Sameday Health and Huettenbach have agreed to pay more than $9.5 million in restitution and nearly $13 million in civil penalties. The settlement also requires Sameday Health to hire, and spend up to $100,000 to retain, an independent monitor to ensure that it does not send customers fake COVID-19 test results. Toll, on the other hand, agrees to be enjoined from engaging in any of the conduct alleged against him in the complaint and to pay $1.15 million in civil penalties and more than $2.8 million in restitution.

In all, these settlements require defendants to pay nearly $26.5 million, including more than $12.4 million in restitution and almost $14 million in civil penalties.

All of the defendants cooperated with the investigation into this matter.