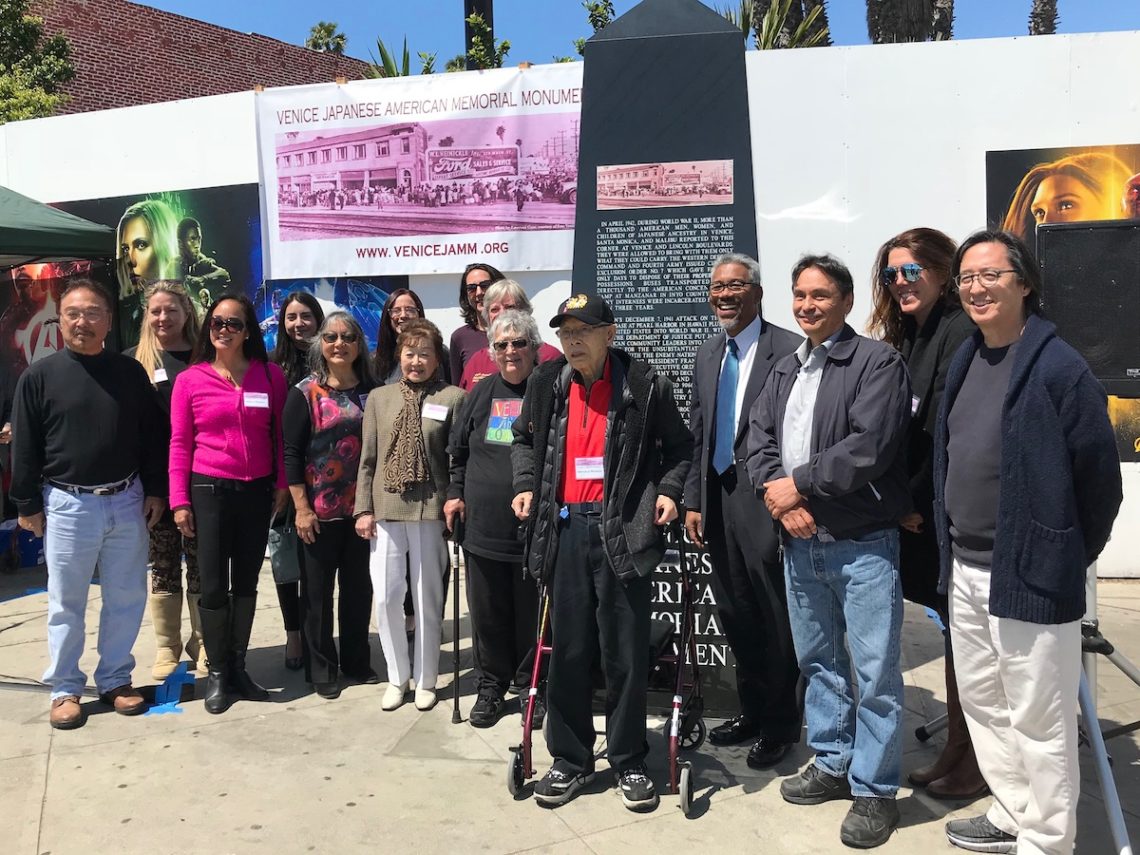 In April of 1942, Arnold Maeda was 15 years old when he and his father Norman Toyoshige Maeda, were forcibly removed from their home and lined up on the northwest corner of Lincoln Boulevard and Venice Boulevard to be taken to the War Relocation Authority camp at Manzanar as prisoners.

“Instead of being worried about where we were going, I was obsessed with the fact that I had parted with my constant companion, my pet dog Boy. For a 15-year-old, that was unforgettably traumatic,” reads Maeda’s quote inscribed on the Venice Japanese American American Monument at the very corner of Lincoln Boulevard and Venice Boulevard where he and thousands of other people of Japanese ancestry were forced to report to on April 21, 1942.

On Thursday, April 21, 2022, 80 years after the passage of Executive Order 9066 that lead to this forced relocation, join the Venice Japanese American American Monument Committee (VJAMM) for their annual commemoration of the monument.

Later that evening, there will be a VJAMM Fundraiser at Hama Sushi Restaurant in Venice, located at 213 Windward Avenue, from 4 pm to 9 pm. Hama Sushi will donate 10 percent of all dinner sales to the VJAMM Committee for educational outreach, regular maintenance of the Monument and funding the Annual Arnold Maeda Manzanar Pilgrimage Grant. Over the years proprietor Esther Chaing has donated over $25,000 to VJAMM.

For more information on the event, visit venicejamm.org or check out Venice Paparazzi’s write up HERE.