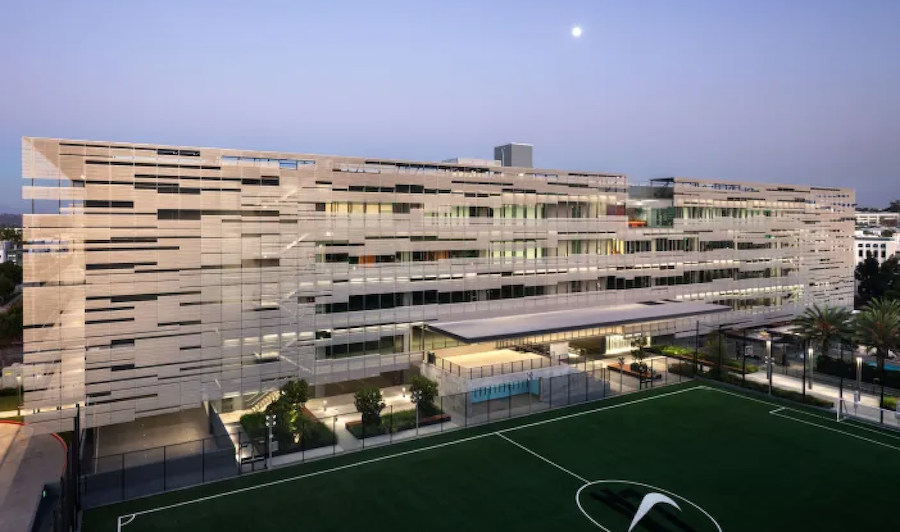 Company expanding lease at WE3 campus

Nike will expand its lease at the WE3 building that is on The Water’s Edge campus in Playa Vista as reported by Commercial Observer. The company is taking the entire building and expanding their office’s square footage by 93,166 square feet. All told Nike will have 183,000 square feet which is the entirety of the four story office building.

The owner of The Water’s Edge campus, Rockwood Capital and CBRE, which is the listed agent, declined any comment on the matter as did Nike.

WE3’s online rental portal lists the rent on the two floors that Nike just took over as being $4.75 per square foot which means that this expansion, for those two floors alone, will cost roughly $5.3 million. The amenities on the campus include a basketball court, a gym that is maintained by the fitness company LA Fitness and an Olympic sized swimming pool.

The address of the WE3 campus is at 5533 Waters Edge Way and contains 6.5 acres of space for creative companies like Google, Facebook and Apple. According to Commercial Observer, the cost of the property was $132 million in December of 2014, which is when Rockwood first acquired the property. The WE3 development started construction in April 2018 for a cost of $80 million.