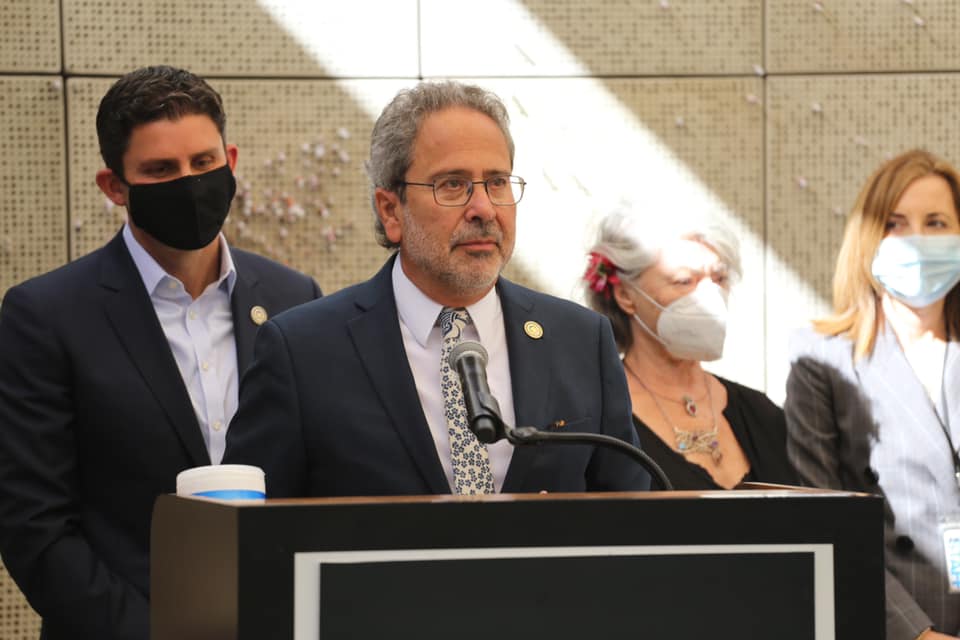 Well regarded and popular County Supervisor candidate for the Third District of Los Angeles, Assemblymember Richard Bloom, dropped out of the race this week with no warning.

In the upcoming election to replace the retiring LA County Supervisor Sheila Kuehl, Bloom seemed to be on track to do very well. Bloom’s statement read, “After a great deal of thought and discussion with my family and advisors, I have decided to end my campaign for Supervisor and focus on serving my constituents for the remainder of my final term in the State Assembly.

Bloom is a lawyer and Assemblymember for the 50th District who has served for ten years since 2012. His priorities as a legislator are the environment and climate issues, addressing homelessness, housing affordability, public health and safety and animal welfare. He has also previously served for 13 years in Santa Monica as Mayor of the city for three terms and as Mayor Pro Tempore twice.

In the State Assembly, Bloom is Chair of the Assembly Budget Subcommittee on Climate Crisis, Resources, Energy, and Transportation and serves on the Assembly Committees on Arts, Entertainment, Sports, Tourism, and Internet Media; Budget; Business and Professions; Higher Education; and Local Government as well as the Legislative Budget Conference Committee which is the committee in charge of negotiating the state’s budget agreement with the Governor.

Supervisor Kuehl was vocal about her displeasure with the LA County Citizens Redistricting Commission’s redrawn map of the Los Angeles County Board of Supervisors Districts that was released and approved in December of last year. The Third District is now made up of the beach communities on the Westside, Malibu, Pacific Palisades, Santa Monica and Venice into Beverly Hills, West Hollywood and Hollywood. It now also covers the area from Agoura Hills and Westlake Village into a major portion of the San Fernando Valley from West Hills to North Hollywood and north to Porter Ranch and Sylmar, giving the district a more conservative population than with the previously drawn map.

By Yo Venice Staff February 3, 2022
in News
Related Posts