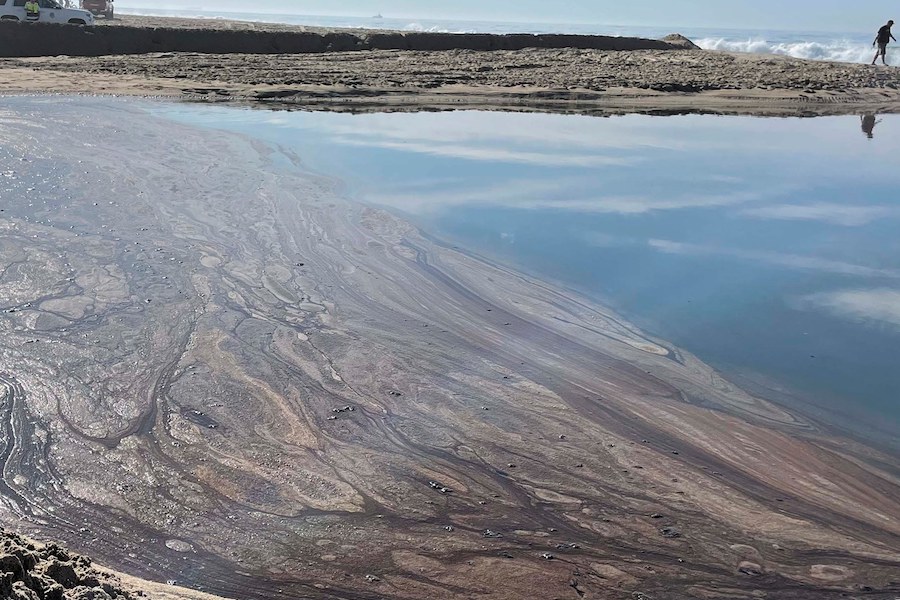 A Houston-based energy company and its subsidiaries face federal negligence charges in connection to the Huntington Beach oil spill that resulted in 25,000 gallons of crude oil being deposited in coastal waters.

A federal grand jury Wednesday accused Amplify Energy Corp. and its subsidiaries of illegally discharging oil during a pipeline break in early October by acting negligently in at least six ways, including failing to properly respond to eight separate leak alarms over the span of more than 13 hours and improperly restarting the pipeline that had been shut down following the leak alarms.

The indictment filed charges the companies that own and operate the 17-mile-long San Pedro Bay Pipeline with one misdemeanor count of negligent discharge of oil. The charged defendants are Amplify Energy Corp., Beta Operating Co. LLC (a wholly-owned subsidiary of Amplify doing business as Beta Offshore) and San Pedro Bay Pipeline Co. (a wholly owned subsidiary of Amplify).

The pipeline, which was used to transfer crude oil from several offshore facilities to a processing plant in Long Beach, began leaking on the afternoon of October 1, but the defendants allegedly continued to operate the damaged pipeline, on and off, until the next morning, according to the indictment.

“As a result of the allegedly negligent conduct, what is estimated to be about 25,000 gallons of crude oil were discharged from a point approximately 4.7 miles west of Huntington Beach from a crack in the 16-inch pipeline,” the Department of Justice said in a press release.

The indictment alleges that the defendants acted negligently in numerous instances.

At the top of the list is failing to properly respond to eight alarms from an automated leak detection system that were activated between 4:10 p.m. on October 1 until the final alarm at 5:28 a.m. the following day. In addition, the indictment accuses Amplify Energy of shutting down and then restarting the pipeline five times after the first five alarms were triggered on October 1, resulting in oil flowing through the damaged pipeline for a cumulative period of more than three hours. Furthermore, prosecutors say despite the sixth and seventh alarms, the company continued pumping oil for three additional hours late on October 1 into the early morning hours of October 2 while a manual leak test was performed. In addition, despite the eighth alarm, the incident says Amplify Energy continued to run the pipeline for around an hour in the predawn hours of October 2 after a boat they contacted failed to see discharged oil in the middle of the night.

The indictment also charges Amplify Energy of operating the pipeline with crewmembers who had not been sufficiently trained on the automated leak detection system and also with an understaffed and fatigued crew.

The company has not released a statement in the wake of the indictment. In a press release following the spill, however, Amplify Energy noted that it was complying with federal and state investigations.

“Offshore energy development and maritime traffic can and have coexisted in this region for decades and we are committed to working with maritime stakeholders to investigate this incident and ensure something like this does not happen again,” the company said. “We will work closely and cooperate with all regulatory and governmental bodies.”