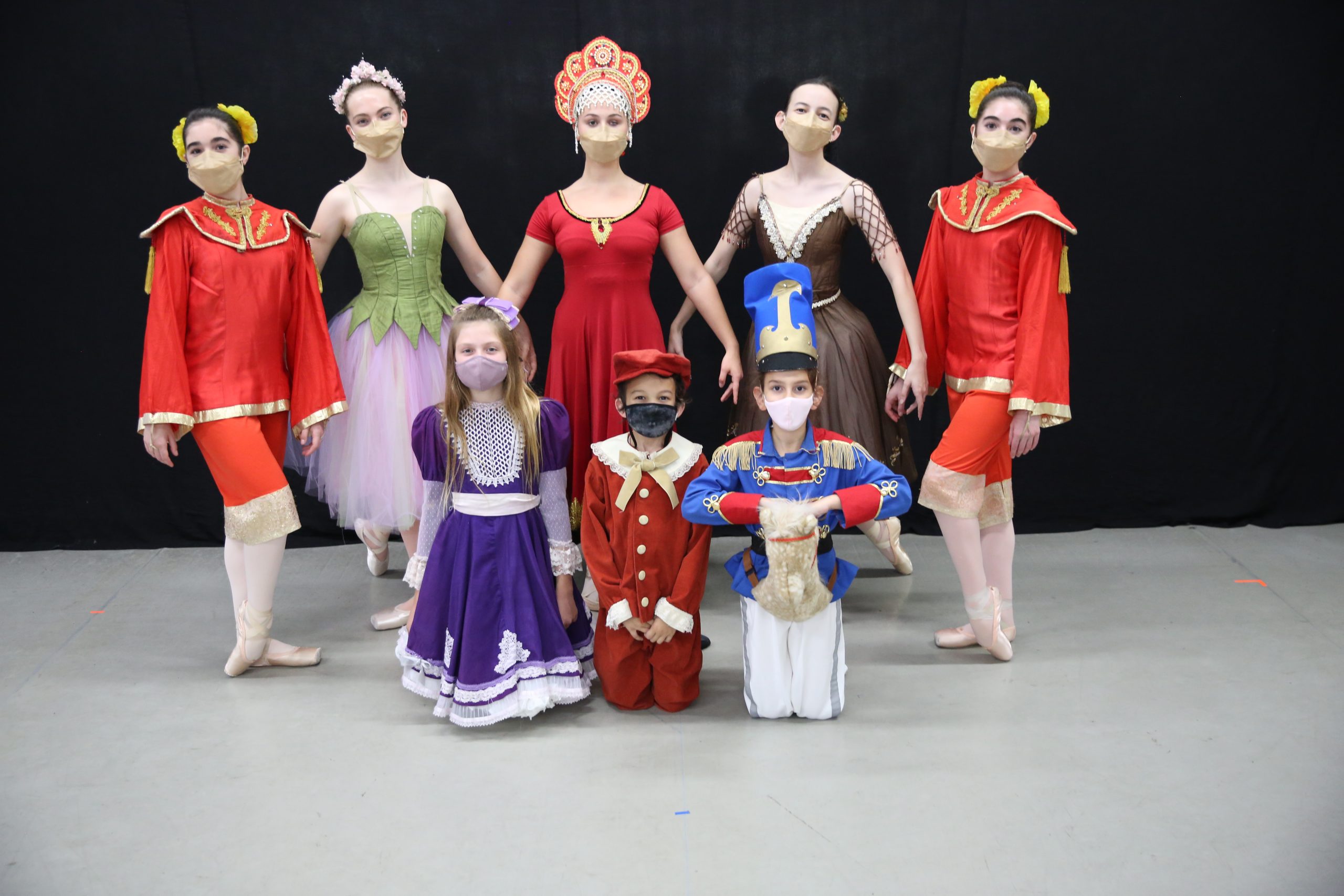 Venice resident Lilly Olvera (17) has earned one of the starring roles of the Dew Drop Fairy in Westside Ballet of Santa Monica’s upcoming production of “The Nutcracker,” opening Thanksgiving Weekend at The Broad Stage.

Although Olvera has been dancing with Westside Ballet since she was 4, ballet has not always been easy for Olvera, a junior at New West Charter High School in Santa Monica.

“As one of Westside Ballet’s advanced dancers, the schedule can be very demanding,” says Olvera. “I’ve struggled with several health issues such as POTS (postural orthostatic tachycardia syndrome) as well as chronic migraines. To manage the rigorous hours and demands on my body, I’ve learned to keep in shape and up to speed on cardio training even during breaks, as well as keeping a healthy diet.

“Being able to come back to the studio has had such a positive impact on me. The pandemic greatly affected my life and those around me so being able to return to not only something familiar but also something that has brought me so much happiness over the years is extremely encouraging.”

The longest-running SoCal Nutcracker, Westside Ballet’s 2021 production features seven other young dancers who reside or go to school in Venice: Heath Olvera, Lily’s brother, a fourth-grader at Ocean Charter School, performs as Fritz, the main character Clara’s naughty brother; Ezra Galambos, a freshman at Venice High School World Languages and Global Studies Magnet, will perform as a Flower, while also understudying for the roles of Snowflake and Peppermint; Twin sisters Francisca and Isabel Bugacov, both freshman at New West Charter High School, will perform in a number of advanced roles – Center Chinese Duet, Snowflake, Flower, Mirliton, and Spanish; Lucy Dehnert, an eighth-grader at New Roads School, performs the Russian dance; Archer Anderson, a sixth-grader at Paul Revere Middle School, is a Victorian Party Girl;  and Ella Abramson, a fourth-grader at Canyon Charter Elementary School, will perform as a Snow Fairy and Blue Soldier.

Galambos claimed she was motivated to become a dancer after watching ballet and dance films at the home of her great-grandmother Joan Bayley, who taught dance at Westside.

“I can’t imagine my life without dancing,” said Galambos. “I would get so bored. I love ballet because it always challenges me. No matter how hard I work and practice, there is always room for improvement. Ballet has helped teach me discipline and time management.”

Francisca Bugacov likes the emphasis on artistic expression at Westside: “It isn’t always about the technique; it is about the artistry and the style you pair with that technique.”

The students share the stage with professional dancers, such as Principal Guest Artist Chasen Greenwood, as the Cavalier to the Sugar Plum Fairy (Santa Monica native Daniella Zhou in her professional debut). Greenwood was featured in Dancer Magazine as “one to watch.”

Westside Ballet will be implementing a mandatory vaccination and mask policy.