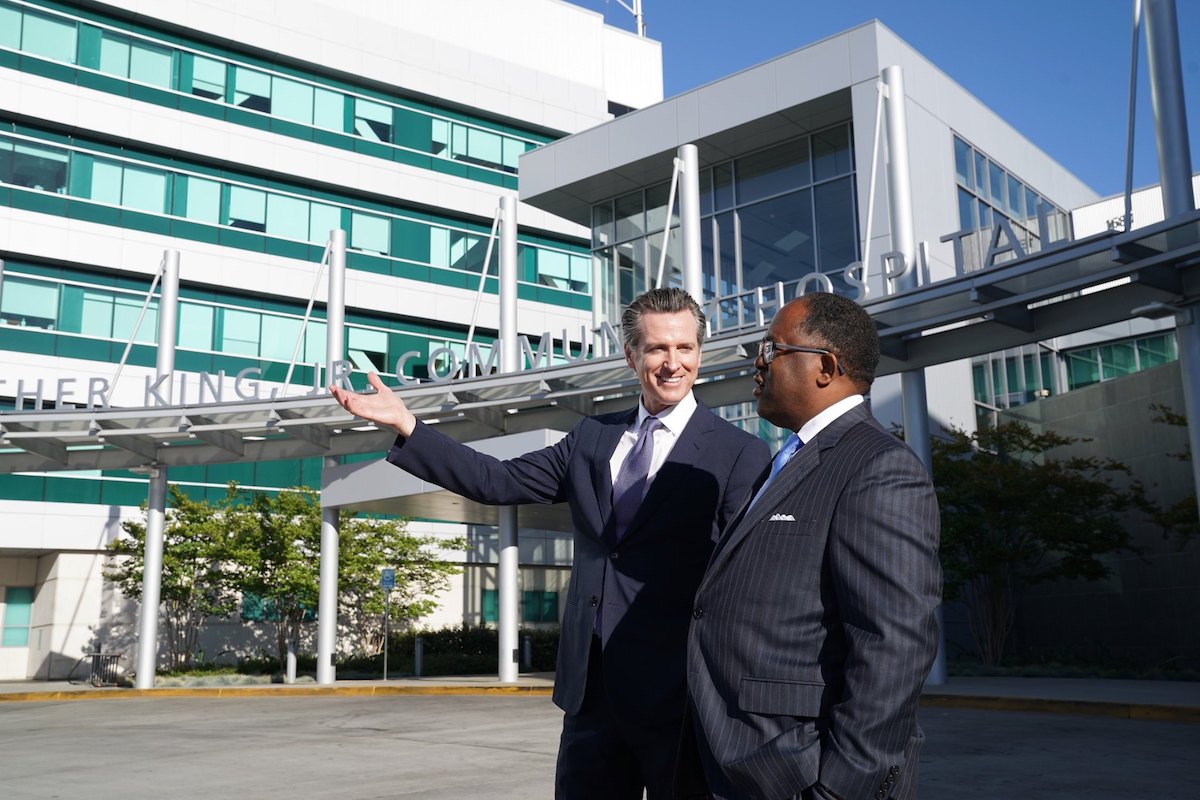 LA City Councilmember Mark Ridley-Thomas and the former dean of the School of Social Work at USC were indicted this week on federal corruption charges that allege a bribery scheme in which a Ridley-Thomas relative received substantial benefits from the university in exchange for Ridley-Thomas supporting county contracts and lucrative contract amendments with the university while he served on the Los Angeles County Board of Supervisors.

The 20-count indictment, issued Wednesday, alleges that Ridley-Thomas conspired with Marilyn Louise Flynn, formerly a tenured professor and the dean of USC’s School of Social Work, who agreed to provide Ridley-Thomas’ relative with graduate school admission, a full-tuition scholarship, a paid professorship and a mechanism to funnel Ridley-Thomas campaign funds through the university to a non-profit to be operated by the relative.

In exchange, according to the indictment, Ridley-Thomas supported contracts involving the Social Work School, including contracts to provide services to the Department of Children and Family Services (DCFS) and Probation Department, as well as an amendment to a contract with the Department of Mental Health (DMH) that would bring the school millions of dollars in new revenue.

Ridley-Thomas, 66, of Los Angeles, and Flynn, 83, also of Los Angeles, were informed of the indictment Thursday afternoon and have agreed to appear for their arraignments in United States District Court in the coming weeks.

“This indictment charges a seasoned lawmaker who allegedly abused the public’s trust by taking official actions to benefit his family member and himself,” said Acting U.S. Attorney Tracy L. Wilkison. “The corrupt activities alleged in the indictment were facilitated by a major university’s high-ranking administrator whose desire for funding apparently trumped notions of integrity and fair play.”

Michael J. Proctor, Ridley-Thomas’ attorney, issued a statement saying his client was “shocked by the federal allegations leveled against him, and with good reason.”

“They are wrong, and we look forward to disproving them,” Proctor said. “At no point in his career as an elected official — not as a member of the City Council, the State Legislature, or the Board of Supervisors — has he abused his position for personal gain. Mark Ridley-Thomas has been in public service for 30 years, and his actions have been open to public scrutiny for a full three decades. Over those 30 years, he has demonstrated the quality of his character. We ask you to allow due process to take its course.”

Flynn’s attorney, Vicki I. Podberesky, told the Los Angeles Times in a statement that her client “has not committed any crime, and we believe that the evidence in this case will ultimately support this conclusion.”

The indictment describes a scheme in 2017 and 2018 in which then-supervisor Ridley-Thomas sought benefits from Flynn and USC officials to benefit his close relative. At the time the relative was the subject of an internal sexual harassment investigation in the California State Assembly and was likely to step down from elected office and be significantly in debt. While the indictment does not name the relative, Ridley-Thomas’ son, Sebastian, resigned from the State Assembly in 2017 amid investigations into sexual harassment complaints.

According to the indictment, Ridley-Thomas wanted to help secure paid employment for his relative to minimize any public fallout for them both in the wake of the sudden resignation from office. Meanwhile, the Social Work School was facing a multimillion-dollar budget deficit, which threatened the school’s viability as well as Flynn’s position and reputation as the school’s longtime dean, the indictment alleges.

As part of the bribery scheme, the duo allegedly took steps to cover up the bribes, kickbacks, and other benefits Ridley-Thomas and his relative received,” which included concealing the official acts Ridley-Thomas agreed to perform and did perform in exchange for the financial benefits. The pair also concealed, according to the indictment, the true purpose of the money funneled to the relative’s nonprofit through the university.

According to the indictment, within weeks of Ridley-Thomas contacting Flynn in May 2017 about his relative wanting a postgraduate degree from USC, Flynn began an effort to secure both university admission and a full scholarship for the relative. Flynn wrote in an email that she “intend[ed] to open every door for [the relative],” whom she noted was closely related to the then-supervisor, the indictment alleges. When a university official said Ridley-Thomas had “lots of discretionary money” and should give the university “$1M each year for three years,” according to the indictment, Flynn responded that she and another university official intended to offer the relative a full scholarship, characterizing the exchange as a “full scholarship for our [Social Work School] funds.”

During a June 2017 meeting, Ridley-Thomas and Flynn allegedly reached a quid pro quo agreement, which Flynn later memorialized in a confidential letter she had hand-delivered to Ridley-Thomas. The indictment alleges that Flynn’s letter detailed her expectations that Ridley-Thomas would steer new contracts with DCFS and Probation to the Social Work School and secure a lucrative amendment to an existing Telehealth-DMH contract. With the new amendment, Flynn expected the Telehealth contract to generate approximately $9 million per year for Flynn’s Social Work School.

In exchange for Flynn’s efforts to help the relative, the indictment alleges that Ridley-Thomas took a series of official actions, including voting in August 2017 to approve a motion to establish a partnership between the county and Social Work School and voting in October 2017 to approve a motion, related to “Probation University,” that would create a new county payment source for the school.

The full indictment can be read here.

Both Ridley-Thomas and Flynn are charged with one count of conspiracy, and each defendant is charged with one count of bribery. The indictment also charges both defendants with two counts of “honest services” mail fraud and 15 counts of “honest services” wire fraud. The conspiracy count alleged in the indictment carries a statutory maximum penalty of five years in federal prison. Each bribery count carries a maximum possible sentence of 10 years. Each of the mail fraud and wire fraud charges carry a statutory maximum penalty of 20 years.

Ridley-Thomas is now the third member of LA City Council to be indicted the past year.

Jose Huizar pleaded not guilty in December to federal bribery charges in a racketeering indictment claiming he took over $1 million and other benefits from developers in exchange for favorable treatment on pending real estate developments. The trial is set for May in this case.

Mitchell Englander pleaded guilty to a felony charge in July last year, admitting he plotted to stop federal investigators from learning about $15,000 in secret cash payments and a night in Las Vegas he received from a local businessman. He was sentenced in January to 14 months behind bars for lying to federal authorities.