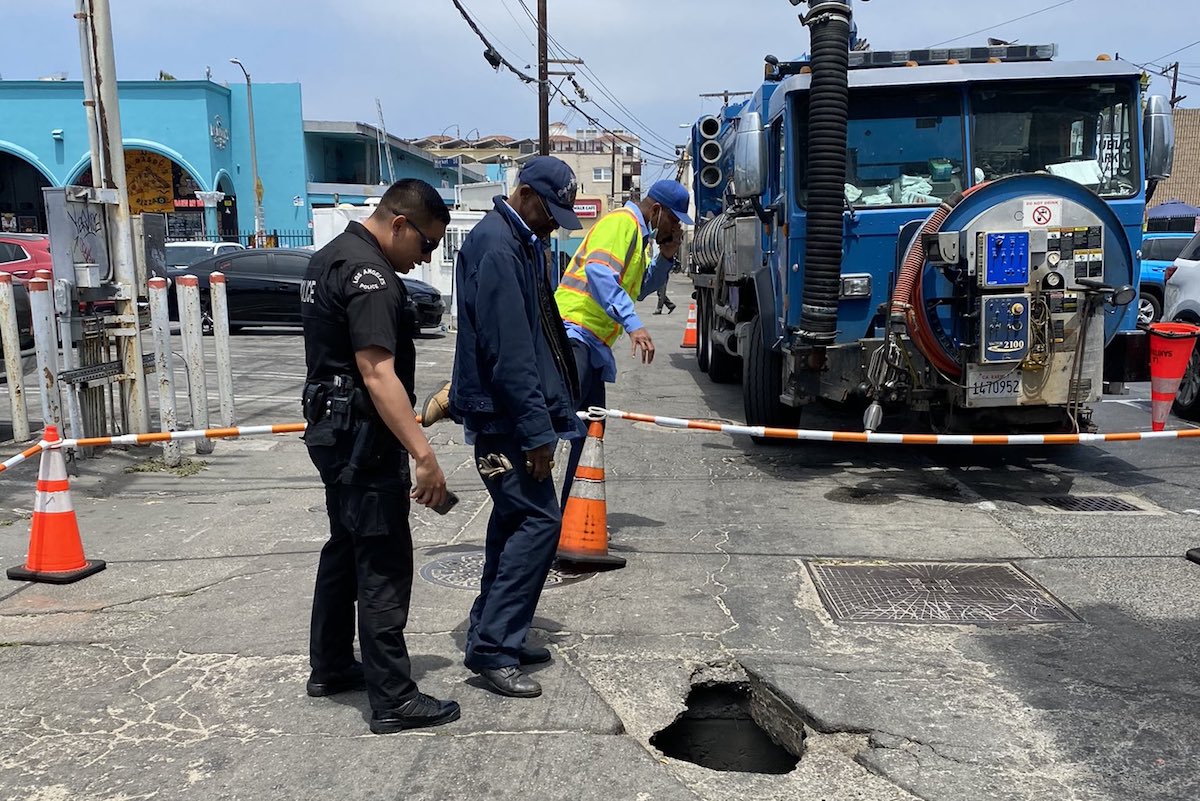 A small sinkhole has led to the closure of an intersection near the Venice Beach Boardwalk.

The incident was reported around in the area of Zephyr Court and Speedway around noon on Thursday via a Tweet from Los Angeles Police Department (LAPD) Pacific Division Lieutenant Ensly.

There is currently a small sink hole at Speedway & Zephyr Ct. Street Services is on scene and will be coordinating repairs. This intersection will be closed for several hours. pic.twitter.com/hNRIafTrbc

The intersection remains closed as of 5 p.m. Thursday while the Bureau of Street Services conducts repairs.

Sinkholes occur where the rock below the land surface is limestone, carbonate rock, salt beds or material that can naturally be dissolved by circulating groundwater. As the rock dissolves, spaces develop underground.

According to the United States Geological Survey, the most damage from sinkholes tends to occur in Florida, Texas, Alabama, Missouri, Kentucky, Tennessee and Pennsylvania. According to the Water Education Foundation, the prevalence of limestone in California makes it vulnerable – though less-so than many other states – to sinkholes.