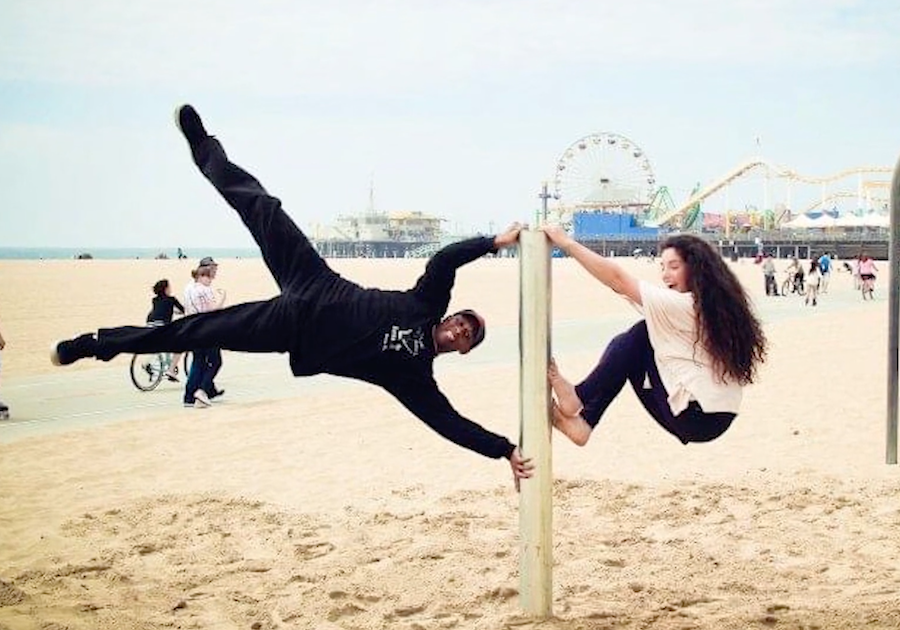 Ernie Thrash Johnson has been a staple among the Original Muscle Beach Santa Monica community since the ’70s, but now diagnosed with dementia and facing home-insecurity his family is asking for help.

Over the past 40 years, Ernie, a SAG/AFTRA stuntman, acrobat, circus performer and instructor, has helped thousands of people from all over the world learn the art of acrobatics. He has taught people almost every Saturday and Sunday for the last 40 years, free of charge in an effort to pay it forward in honor of the greats–including Glen Sunby, Russ Sander, Paula Unger, Bob Yerkes and Gary Morgan–that taught him.

“I’ve known Ernie since he was a teenager. And then he started going to the beach and doing acrobatics and stuff and he keeps coming down and he trains new people. If you were willing to try something, he would take anyone off the beach and if they wanted to do acrobatics he would put them on your shoulders or he would teach them a little teeterboard,” said Gary Morgan, an actor and stuntman.

According to Ernie’s daughter Amber, Ernie helped lead the effort to stop the City of Santa Monica from eliminating the Original Muscle Beach and convinced them to remodel it instead and is a “major reason” that muscle beach still exists today.

“My dad took a lot of pride in Santa Monica Muscle Beach. He was always trying to think of ways to make it better. He also reminded everybody to pick up three pieces of trash before they left the beach so that the beach could remain beautiful,” Amber said.

Ernie, who is only 54, began showing signs of memory loss earlier this year that rapidly progressed to what the doctors are calling dementia and acute delirium. He is unable to care for himself, does not remember to eat or drink, has lost nearly 70lbs, has trouble remembering anything short term or holding a coherent conversation.

“As coronavirus has come and changed our whole lives, you know we can no longer go down to the beach, but that is something that my dad just didn’t understand and could not grasp the concept of coronavirus because he would forget. And so one day he decided that he was just going to go down to the beach and he went by foot,” Amber said. “He claimed he was walking down to Santa Monica. He lives in South Central…it was really scary. Because that is when we realized how serious his problem was and how much help he really needed.”

Ernie has been the primary caretaker and has provided financial support for his elderly mother; known by many as Mama Rose, living in the home that Ernie’s father purchased in the early ’70s. According to Amber, Mama Rose fell victim to a predatory reverse mortgage loan back in 2008 during the housing crisis.

“One of my dad’s biggest goals was to purchase my grandmother’s home out of reverse mortgage and now that he is sick, that dream is becoming less of a reality and also presents the bigger issue that if my grandmother does pass away, which we hope she doesn’t anytime soon, but if she did it would leave my father homeless as the banks would take over the home,” Amber said. “So now we are left trying to figure out how to cover the past bills, how we are going to cover the ongoing medical bills and also how to make sure has a roof over his head and won’t lose that home.”

To help support her father, Amber has set up a GoFundME to help with medical expenses

“It’s not in my dad’s character to ask for help as he is usually the one lending the helping hand but that is why I am here today to ask you guys, the community that he has served for all these years, to return the favor and help my dad.”

A developer wants to revamp the historic Fox Theater building in Venice. Learn more in this video made possible by... 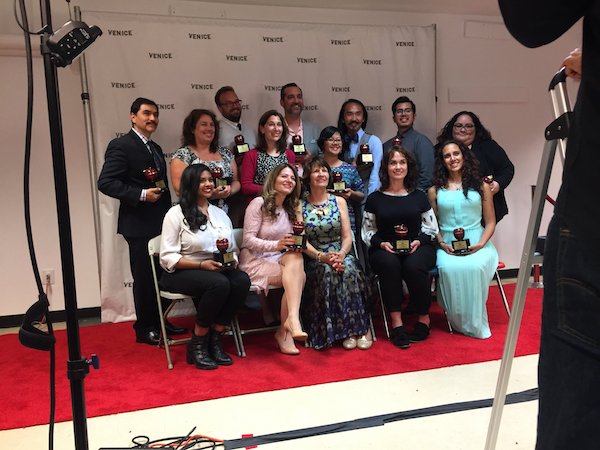 After 15 Months of Closure. Local players return to the famous Venice Beach basketball courts, hear how the closure affected...

Local Venice artist Rip Cronk has been painting murals in Venice since 1980, last month he restored the beloved “Starry...