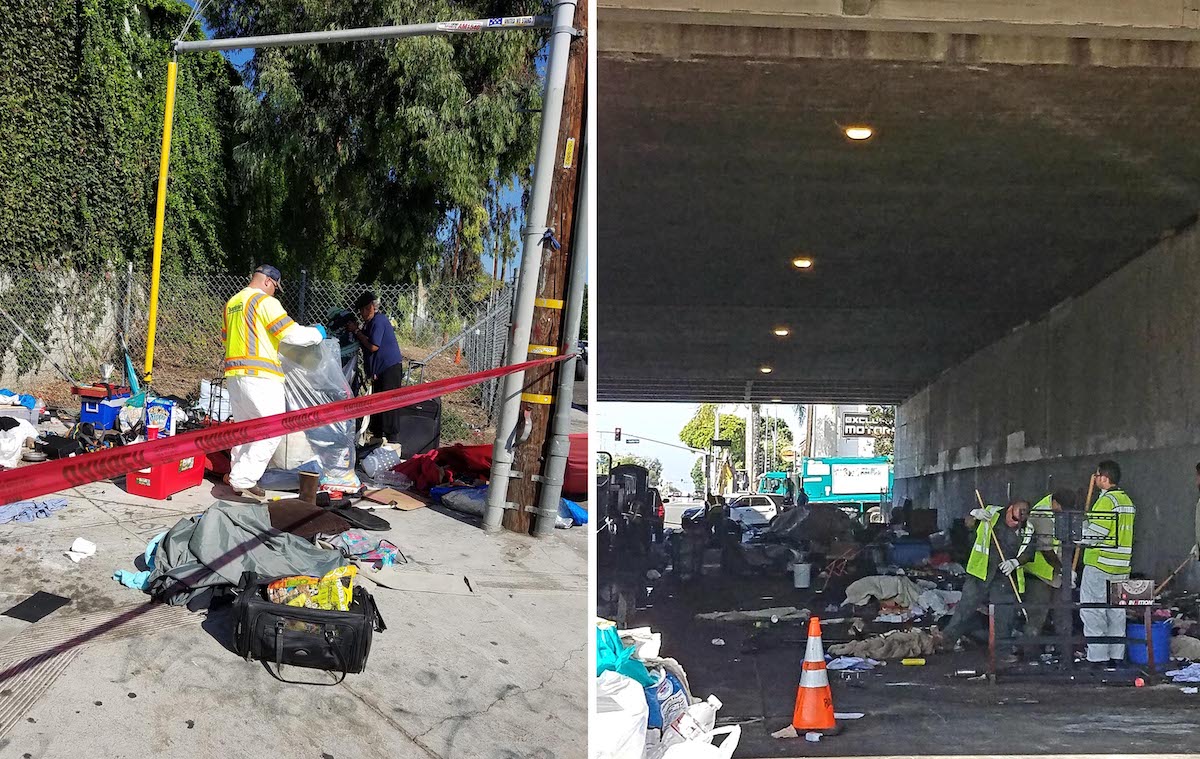 Over $1 million has been approved by LA city lawmakers to bring showers, bathrooms, among other amenities, to two of the largest homeless encampments in the Venice-area.

Under action taken this month by Los Angeles City Council, $1.2 million in unappropriated Los Angeles Homeless Service Authority (LAHSA) funds were approved to cover the cost of a pilot program to bring hygiene and public health services to two of the largest homeless encampments in Council District 11. According to Councilmember Mike Bonin’s office, this pilot project will be focused on encampments near Third Avenue and Rose Avenue in Venice, and Venice Boulevard and Globe Avenue in Mar Vista under the 405 Freeway.

“The new program promised to focus on public health and safety, on helping people into housing, and on keeping free and clear the public rights-of-way,” Bonin said in the motion approved by City Council on January 15.

Of the $1.2 million, $150,000 will go towards mobile showers, $800,000 towards mobile bathrooms and $200,000 to employ homeless and formerly homeless individuals to pick up trash. In addition, $50,000 will fund rat-proof trash cans and Los Angeles Bureau of Sanitation pickup of trash at these two encampments.