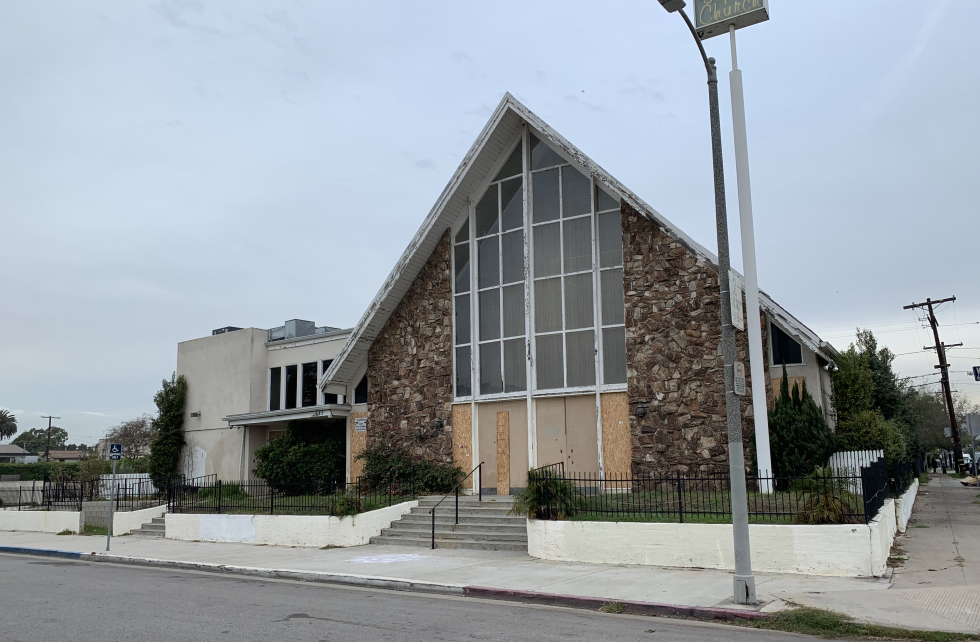 A half-century-old church in Venice with deep historical ties to the area’s African American community may soon become a mansion for a billionaire’s family.

The church is the First Baptist Church of Venice, now owned by Jay Penske, the son of automotive billionaire Roger Penske. Jay and his wife Elaine want the City of Los Angeles to approve an exemption allowing them to change the use of the mid-century church into an 11,860 square-foot single-family home with a rooftop deck. Jay and Elaine, whose net worth is around $800 million, say they want to raise their children in Venice. In 2015 they bought the church for $6.3 million from First Baptist Church of Venice Bishop Horace Allen after the congregation voted 41-9 in favor of selling the church, a sale that a judge later ruled was fraudulent.

On Tuesday, January 14 the Los Angeles City Council Planning and Land Use Management Committee (Planning Committee) unanimously denied an appeal intended to overturn a West LA planning commission decision allowing for the conversion of First Baptist into a single-family residence.

The appeal, filed by Venice resident and activist Mike Bravo, argued that the First Baptist Church of Venice, founded in 1910, is a historical resource and its conversion into a single-family home would degrade the character of the surrounding Oakwood neighborhood.

“The Oakwood Planning District is significant as a rare example of an early-20th century African-American enclave in Venice,” reads the appeal. “The First Baptist Church was the place that helped represent, unify and strengthen the community throughout the years, from the early 1900s when the first African Americans came to work in Venice and had to cling together, to barter their services, worship together and survive. With First Baptist Church as their rock, the African American people survived through the hardships and aftermath of wars, the great depression, and the daunting years of civil, economic and infrastructure neglect by the City of Los Angeles.”

In 2000, Los Angeles City Council designated the corner of Westminster Avenue and 7th Avenue where the church stands as a permanent ceremonial location and created Bishop E.L. Holmes Square named after the longtime pastor of the First Baptist Church of Venice. In 2018, however, Los Angeles’ Cultural Heritage Commission found the church did not meet the conditions to become a historical landmark, a major setback for activists trying to save the building.

Under terms that the Penske family agreed to, the facade and aesthetic of the church must be retained. Councilmember Mike Bonin, a member of the Planning Committee who voted to deny the appeal, said in a Facebook post that this agreement achieves many of the same results as a landmark status.

“Our Planning Committee approved a plan requiring the new owners of the former First Baptist Church of Venice — which did not receive official landmark designation from the commission — to preserve the facade and aesthetic, achieving many of the goals of landmark designation,” Bonin said.

“Just to be clear, the billionaire kid gets to tear down the community church and build his oversized McMansion, but he has to keep the church facade…and you think you’ve accomplished something for the community?” wrote a Facebook user named Steve in a comment.

Supporters of the church say that preserving the facade and aesthetic of the church is not enough to honor the building’s legacy, wanting the church to function as a community space instead of a private residence.

“This church should be gifted back to the community that it was stolen in the form of reparations,” wrote Laddie Williams from the organization Venice Lives in a letter to City Council. “This church should be respected by the City of Los Angeles and restored to its integral beauty and be used once again to gather together in worship in all denominations, house families, feed families, educate children, give people hope that is so desperately needed in our city.”

“This church should be respected by the City of Los Angeles and restored to its integral beauty and be used once again to gather together in worship in all denominations, house families, feed families, educate children, give people hope that is so desperately needed in our city.”

While there has been no survey or polling to determine if the public at large supports the Penske’s family attempt to redevelop the church, according to a West Los Angeles Planning Commission report, 20 out of 21 emails and letters received regarding the project were in opposition.

Yo! Venice has reached out to the law firm representing the property owner of the church for a statement but they could not immediately be reached for comment.