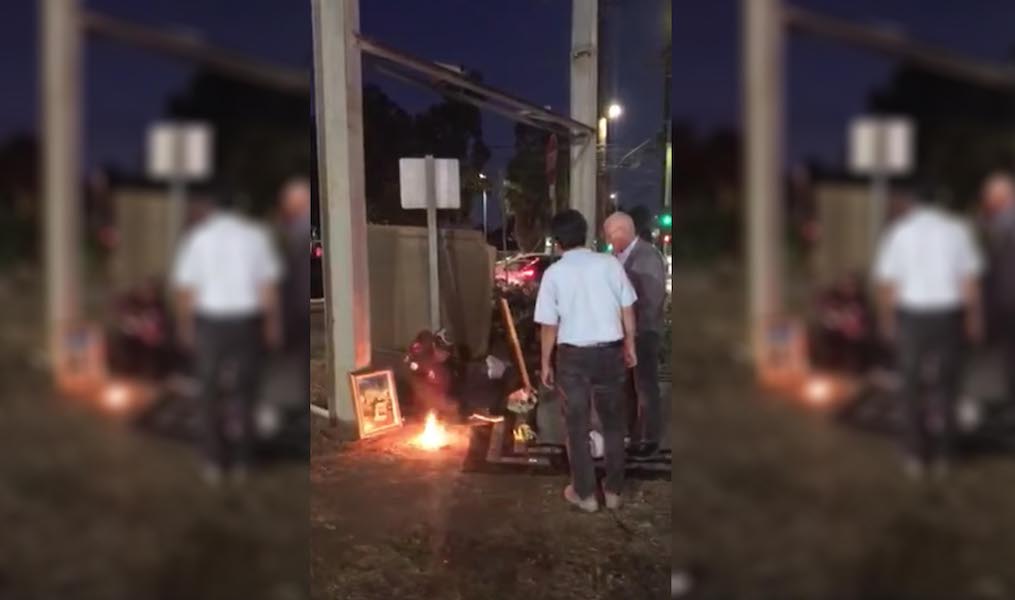 Last week Councilmember Mike Bonin was filmed walking away from an individual experiencing homelessness who was tending to a small fire, an incident that has generated some backlash among members of the public, backlash Bonin is calling a “right-wing smear attack”.

On Tuesday, October 15, during the Great Streets Centinela: Walk & Talk, a public event hosted by Bonin, Venice resident Travis Binen filmed the councilmember standing next to and then walking away from a man experiencing homelessness on the Culver median who had lit a small campfire next to his encampment.

The video was shared on social media and the story was picked up by AM talk shows, including KFI‘s John and Ken, who called out Bonin for his lack of action.

In a statement to Yo! Venice, however, David Graham-Caso Deputy Chief of Staff for Bonin said that staff members on the scene connected with the Los Angeles Police Department (LAPD) to resolve the situation.

According to the LAPD, Bonin’s team contacted the Pacific Division headquarters, which was across the street from where the incident occurred, and a captain put out the fire. The LAPD says the man had emptied butane from a lighter into a dirt hole and was stoking the flames with more butane. According to the LAPD, because the man was not lighting anything physical on fire, he could not be arrested for arson.

In his statement, Graham-Caso took aim at those critical of the Bonin’s actions, accusing them of manipulating the situation.

“It is shameful that opponents of bridge housing in Venice have manipulated the incident and turned into a right-wing smear attack, aided by talk radio shock jocks and internet trolls,” Graham-Caso said.

Yo! Venice has confirmed that the Los Angeles Homeless Service Authority (LAHSA) made contact with the man on Wednesday. According to LAHSA, the man has family members in the area. Outreach personnel attempted to connect the man with his family but later the homeless man was detained by the LAPD for brandishing a knife after reportedly being yelled at by a passing driver.

According to the LAPD, on Thursday the driver came into the Pacific Division station with a photo of the man holding the knife but because the man did not stay at the station to file a criminal report and left with what the LAPD describes as a false phone number, the LAPD could not file felony charges against the homeless man. Officers did issue a misdemeanor to the man for brandishing a weapon and confiscated the knife.

Graham-Caso said that over the weekend the man was not in Del Rey. Yo! Venice is waiting to hear from LAHSA to see if they have been able to contact the man again.

Editor’s note: this article has been changed from the original version as new information has been obtained.