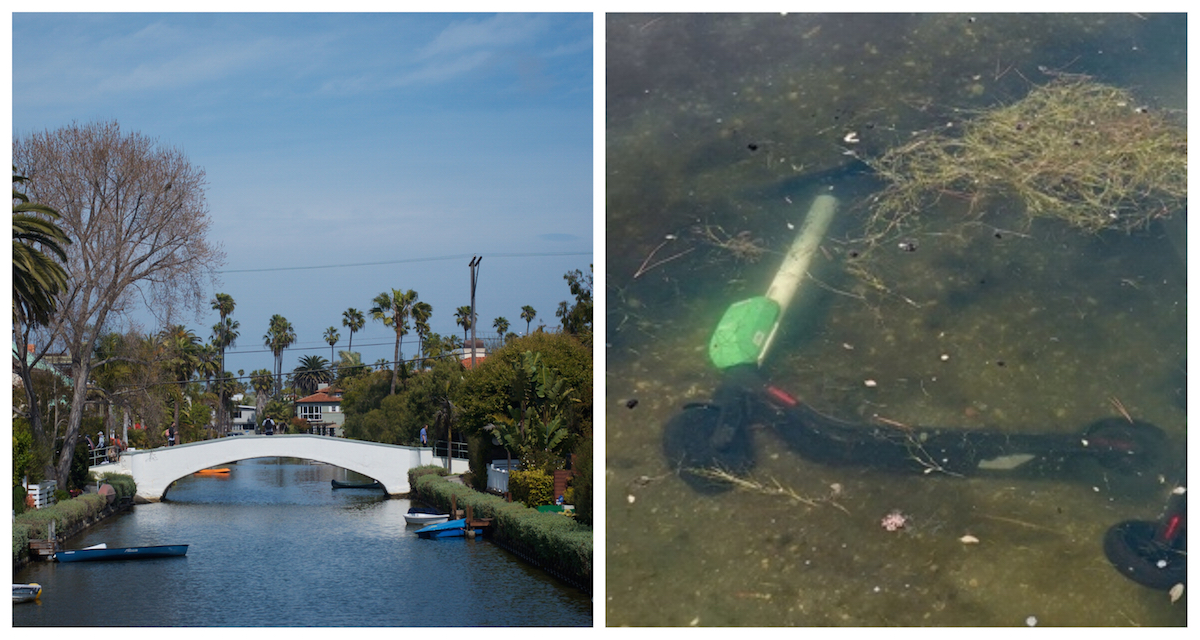 Exploring the Venice Canals by e-scooter has been illegal for a while but now it is impossible as the Venice Canals now are within a geofence preventing scooters from operating on the canal’s pedestrian walkways and surrounding alleys.

Riders who enter the canals on an e-scooter will find their device inoperable, although if there is a server overload some devices may slip through the geofence.

Under Los Angeles City Code, it is illegal to operate a scooter on the sidewalk with riders in violation facing fines of up to $197.

E-scooters have a contentious history in and around the canals. As reported by Yo! Venice last year, outrage erupted when scooters were dumped into the canals by vandals and Bird and Lime were slow to recover their respective devices.

At the time, Councilmember Mike Bonin’s office said they were working with the companies to create the geofence to address the issue of scooters being dumped in the canals. With the geofence now implemented it remains to be seen if this approach will keep the canals free of scooters, both in and around the water.