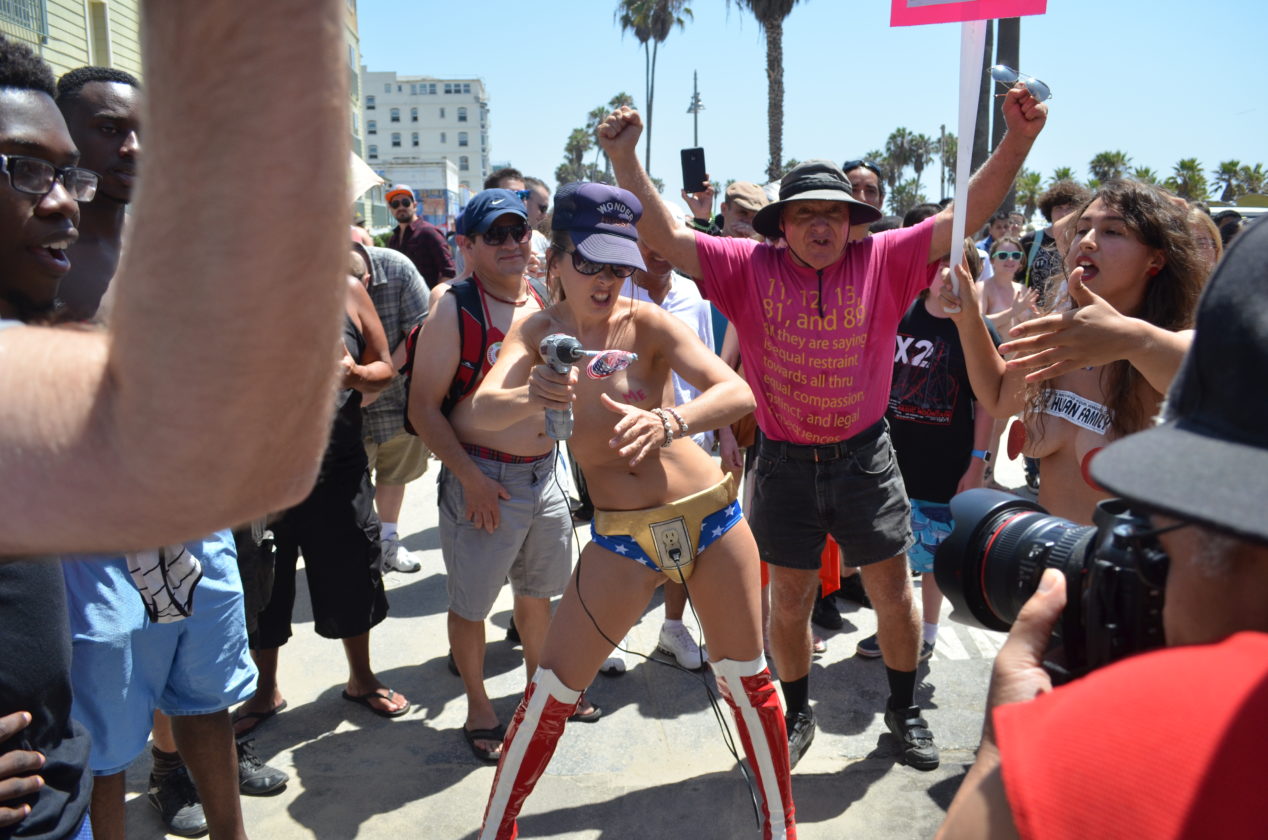 GoTopless Day, a movement that raises awareness about gender inequality, returns for its 12th year to Venice Beach on Sunday, August 25 from 1 pm to 2:30 pm at 723 Ocean Front Walk. According to organizers, the goal of GoTopless Day in New York City and Venice Beach is to inspire and empower women.

“It’s a big event and it’s an event that’s controversial,” said GoTopless President Nadine Gary. “Venice Beach used to be a nudist beach in the 1970s and 1980s. The state of New York is a topless state legally and California is not. Venice Beach should be a topless beach. If New York is, why wouldn’t Venice Beach? It sounds so strange and so backwards.” Gary also pointed out that New York has been a topless state since 1992.

This year, GoTopless Day falls on the same day as the G7 Summit in France where leaders of Canada, France, Germany Italy, Japan, the United Kingdom and the United States will gather to discuss gender equality. “A law that unilaterally criminalizes women for going topless in public begets ‘sexual violence against women,’ and it is one of the causes the G7 intends to overcome,” Gary said. “It hypersexualizes women’s chest and creates a predatory reaction in many men.”

For women participating in GoTopless Day, the significance of their protest goes beyond whether or not people feel comfortable with seeing topless women in public. “It’s not a matter open-mindedness; it’s a matter of constitutionality because if a man can do this, a woman must be able to,” Gary explained. “That’s the 14th Amendment. It’s equal gender rights. It’s not a matter of ‘I’m going to be open-minded. I’m going to be open to this law.’ No. It’s the Constitution. You don’t have to be open-minded. It’s the way it is.”

By Yo Venice Staff August 20, 2019
in Westside Wellness
Related Posts