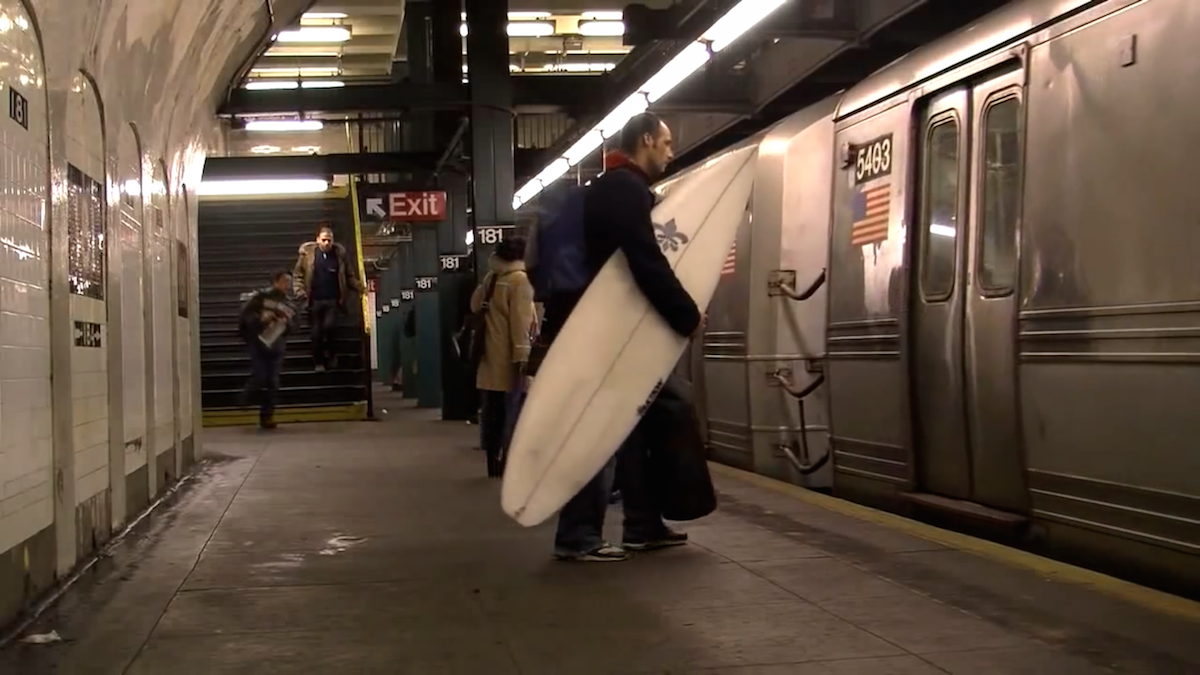 As an actor, I can’t help but feel strongly about what actors go through to be seen and heard. And, at times, even more concerning, is what we put ourselves through along the way. I say this from experience, having dedicated many years with blinders on while living in New York City.

In hindsight, I wish I would have broadened my scope and lived more outside the circle of focusing day and night on what had to be done in order to become a working actor. For several years, I was relentless in my pursuit, dogged to the bone, determined to prove to myself I could stand alongside others on Broadway. I got as close as Off-Broadway and had a blast, though it (I) cost myself physically and spiritually in doing so.

Fortunately, I pulled the ripcord just in the nick of time. Literally and spiritually, surfing saved my life (once again). I don’t recall the straw that broke the camel’s back, but at some point, I woke to the fact that after eight years, perhaps it was time to find a middle ground between Hawaii and New York. That middle ground was Los Angeles.

More on this next time…

As for being a surfer in the big apple, the routine to go surfing was, to put it mildly, absurd. In addition to occasionally renting a car, I would carry my 9’0” longboard from 94th and West End to the subway station at 94th and Broadway. And then, down a flight of steps, through the turnstile and the wait for an approaching subway car.

And then, the games began! Once that door opened, bam! The 7 am rush hour crowd coming right at you, all those people shoving each other in order to board or depart the subway car, leaving me to fend for myself with my nine-foot surfboard. Madness! There was no way in hell, they were going to make it easy on me, and I can’t blame them.

I will always remember the classic New York expressions on some of the faces telling me precisely what they were feeling about this guy holding a behemoth of a surfboard.

Once in the car, forget about it! That’s when the real challenge began… I had to turn on my warmest Hawaiian face and ‘rely on the kindness of strangers’ as I tried to get someone to look at me. Not too much eye contact though, but just enough so they might slide an inch or so one way or another so that I could eventually get to a corner and stand the board up. My reality consisted of standing the board upright or sliding it under the legs of those sitting on the bench seats. What a surfer will endure to go surfing, right?

I recall one morning, a group of teenagers entering the car, sitting across me noticing my surfboard running parallel to the bench seat. One of the kids spoke up: “Where you going with that ironing board, man.” I told ‘em it wasn’t an ironing board, but a surfboard.

I will always treasure those moments with people lifting their legs up and over the surfboard as I gently slid it down the subway car. This act, in of itself, speaks volumes at how tolerant New Yorkers genuinely are.

In any event, my tolerance was running thin, and I knew this lifestyle and this narrow approach to being an actor wasn’t cutting it. It was time to head west, which, thankfully I did.

Guy Camilleri is a Venice-based actor, acting-life coach, screenwriter and surfer living in Venice Beach, CA. His acting classes are packed on Tuesday, Wednesday and Thursday evenings at the Electric Lodge with actors, writers, directors and creative people from all walks of life.

His private coaching specializes in building undeniable characters for film, television, stage, auditions, self-taped auditions, original material, solo shows, reels and self-expression in any field of interest. To register or audit a class or to book a coaching session, visit www.rawactingstudio.com. Follow Guy’s column on Yo! Venice and RAW acting studio on Instagram and Facebook.

By Yo Venice Staff August 16, 2019
in Westside Wellness
Related Posts