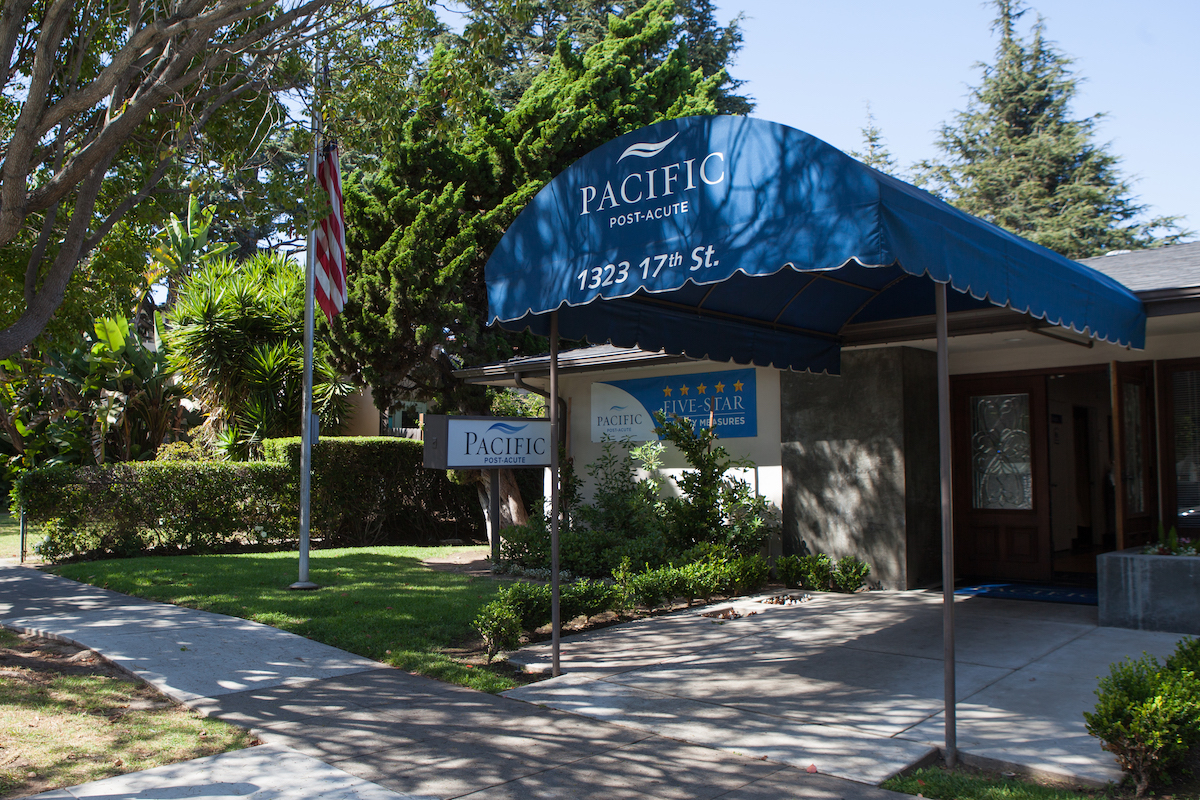 A disabled senior says a Santa Monica nursing home misled and left him in a wheelchair in front of a local homeless shelter without a place to sleep.

Alan Corona is a 72-year-old disabled senior who has a cervical disc disorder with myelopathy that leaves him dependent on a wheelchair and walker to get around. For eight months, Corona was living at Pacific Post-Acute, a nursing home, on 17th Street in Santa Monica. In June, however, a series of events led to his discharge.

Having made some progress with his rehabilitation, Corona says Pacific Post-Acute informed him that he would be moved to an assisted living facility in Hawthorne. In addition, Pacific Post-Acute told Corona that they would begin collecting his Social Security check plus $113 a month to stay in the facility. According to Corona, for eight months, Medicare and MediCal had been paying his rent at Pacific Post-Acute. When Corona refused to pay for these services, Pacific Post-Acute gave him a 30 days notice of eviction.

Corona then began looking for a new place to live, including Rosecrans Villa, an assisted living facility in Hawthorne, which is where Corona thought he was going to move to. Given a discharge notice from Pacific Post-Acute saying that they would transport him to Rosecrans Villa on June 7, Corona packed his belongings and medications to prepare for the move. In the transport vehicle, Corona says he was informed that he was not going to Rosecrans Villa but instead to the People’s Concern (OPCC) homeless shelter on Cloverfield Boulevard in Santa Monica. According to Corona, he was told that the move would be only temporary until a bed opened up at Rosecrans Villa. Arriving at OPCC, however, Corona realized that this was not the case.

“I was driven in front of a shelter and dumped with my bags and medicine,” Corona said. “I was taken for a ride and dumped like a dog.”

Wheelchair-bound and alone, Parsons found out that there was not a bed for him at OPCC and since then has been living between hospitals, essentially homeless.

OPCC said in an email to Yo! Venice that Corona has never been entered into the facility’s system.

When reached for comment, Pacific Post-Acute said they could not speak on the matter due to federal laws protecting patient information.

“We are unable to provide the comments you seek,” Pacific Post-Acute wrote in an email to Yo! Venice. “A response requires sharing information that is HIPAA [Health Insurance Portability and Accountability Act of 1996] protected.”

An employee of Pacific Post-Acute who wishes to remain anonymous confirmed, however, that Corona was not informed he was being taken to OPCC until he was in the transport vehicle.

“When he was in his access car he was told that the was not going to be transferred to the original place he thought he was going to go to so they took him to the other place,” said the employee in a phone interview with Yo! Venice. Rosecrans Villa, when reached for comment, confirmed that on June 3, 2019, they received a referral for Corona and spoke to him on the phone to discuss arranging a face-to-face evaluation, informing him of their facility requirements, admission policies and procedures.

“During the phone interview our Administrator had with Mr. Corona, she informed him that he would have to pay our rental agreement amount of $1078.38/month if he was to be admitted. Mr. Corona informed her that he refused to pay that much rent due to he wanted to keep his social security checks and not pay rent with his SSI. He was not paying rent at the nursing home, due to they charge his insurance and he did not agree to pay rent at our facility if we were to admit him,” Rosecrans Villa wrote in an email to Yo! Venice. “The conversation with Mr. Corona was brief and then ended with him knowing he was not going to be admitted to our facility due to his refusal to pay rent.”

In their email, Rosecrans Villa made clear that they were not involved in Corona’s discharge and that currently there is no room for him at the facility.

“Rosecrans Villa was not involved in any other discharge planning for Mr. Corona after we informed him and the facility social worker that

we would not be accepting him,” Rosecrans Villa wrote. “We are full at this time and do not have any planned vacancies coming up. It is our policy to only accept clients with current physician statements, medications, and funds.”

Corona disputes this fact, saying that Rosecrans Villa never told him that he would not be admitted and that until he was in the transport vehicle, he was under the assumption that he would be living in the assisted living center.

When reached for comment, the City of Santa Monica said they are aware of the incident and that the City Attorney’s Office has received Corona’s complaint and is now investigating it.

Petition circulating citing increase in crime By Sam Catanzaro Over 800 people have signed a petition calling for Councilmember Mike...

Is COVID-19 Driving Venice Rents Down?

Apartments.com study shows rents in City of Los Angeles down 6.2 percent By Toi Creel A recent study suggests that...

By Toi Creel Wood-fired pizzas have arrived in Venice by way of one of the most well-known pizzerias in the...