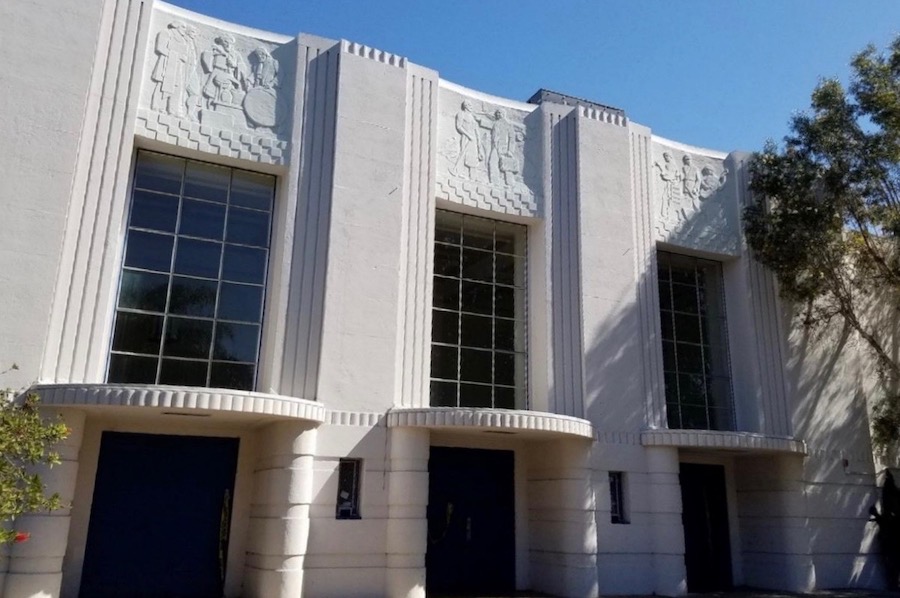 According to a bulletin update by the LAUSD released late last month, “In May of 2016, the Venice High School Auditorium was deemed unsafe by the Office of Environmental Health and Safety due to deteriorating crown molding on walls and ceiling. Venice HS is a historically eligible campus and the crown molding is a character-defining feature of the auditorium.”

According to the LAUSD, the project will repair, replace and preserve crown molding throughout the auditorium. “The project will ensure the building is safe and retains its eligibility as a historic resource.” Construction is slated to begin next summer on the auditorium, which is expected to be available for student use by the 2021- 2022 school year.

Venice Union Polytechnic High School opened on September 11, 1911 in the old Venice Bath House at the corner of Coral and Aldebaran Canals. The class of 1912, 1913 and 1914 graduated from the bath house location, and by the early 1920’s, the school was moved to its current location at Venice Boulevard and Walgrove Avenue.

To learn more about the Auditorium Repair project, visit: https://www.venicenc.org/readpost.php?news_id=413

By Yo Venice Staff July 29, 2019
in Westside Wellness
Related Posts