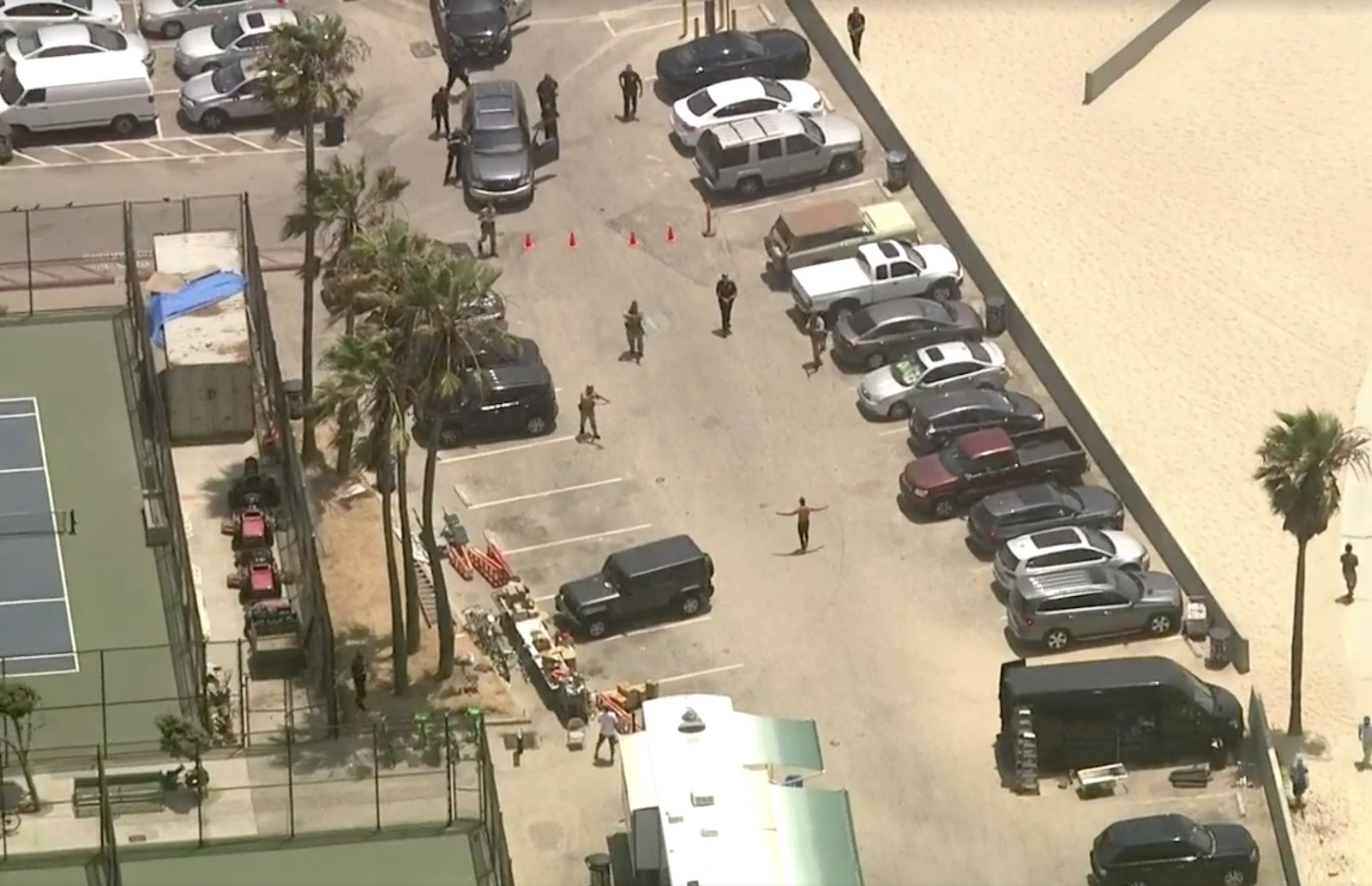 On Friday afternoon a man was tased and arrested in a crowded Venice Beach parking lot after leading police officers on a car chase that began in Orange County.

The driver, who is currently unidentified, is suspected of assaulting his mother and violating a restraining order three times, according to the Placentia Police Department (PPD). The mother’s condition is unknown.

The chase, which began when Placentia police attempted to pull the driver over in a routine traffic stop, lead officers to the 405 freeway where the suspect was seen weaving in and out of traffic. After getting off the freeway, officers pursued the driver into Santa Monica and then to Venice.

The suspect then pulled into the parking lot next to the paddle tennis courts, just steps from a Venice Beach Boardwalk packed with summer crowds.

The suspect stopped the car and emerged shirtless and shoeless waving his arms in the air as police pointed guns at him. Then one California Highway Patrol officer tased the suspect who collapsed to the ground before officers detained him.

According to the PPD, the suspect is wanted for both assault and making criminal threats against his mother.