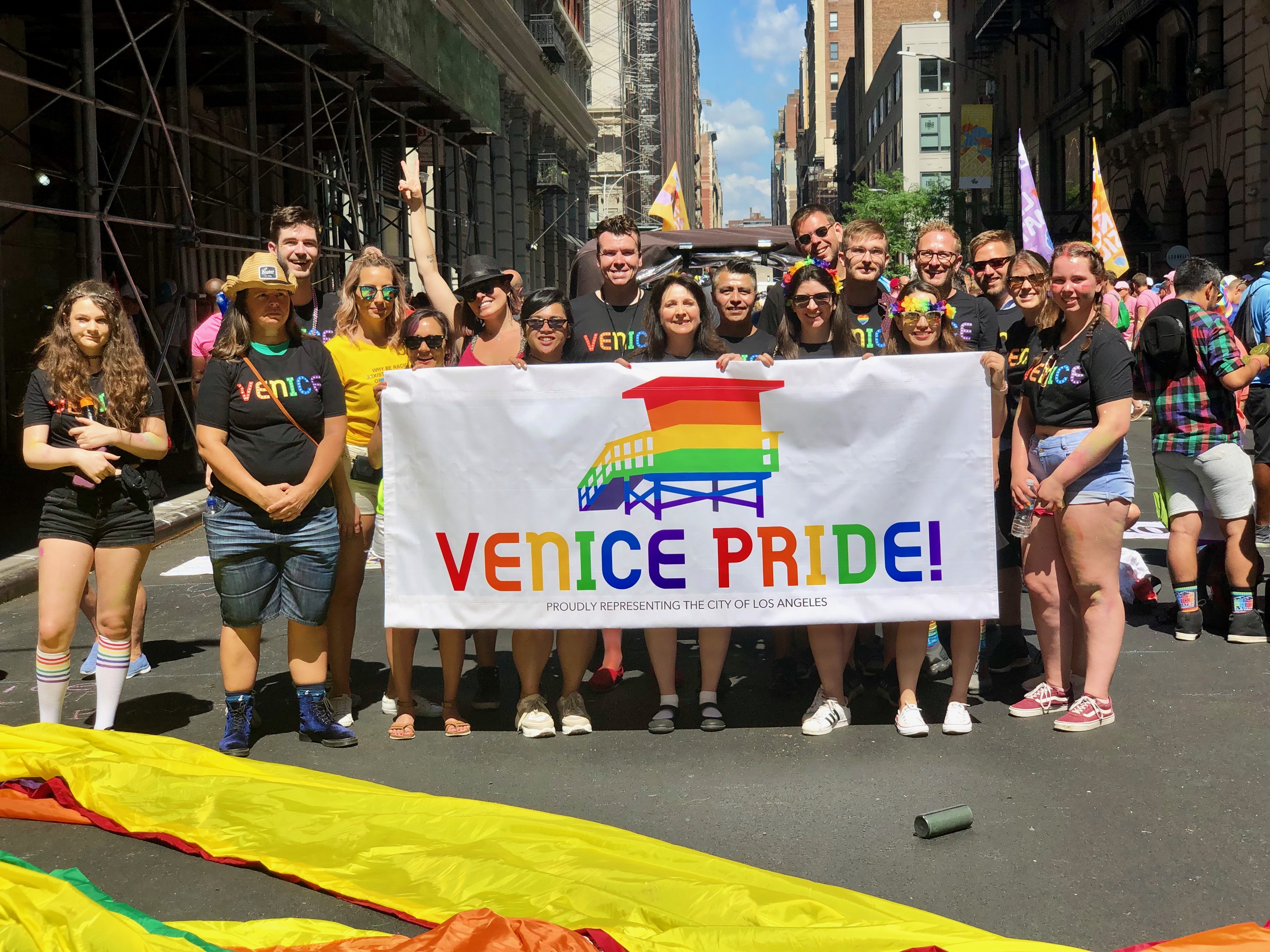 After unveiling the City of L.A.’s first rainbow crosswalk, Venice Pride flew to NYC to proudly represent the City of Los Angeles in the historic NYC 2019 WorldPride March on Sunday, June 30, 2019.

Venice Pride assembled an international contingent of 25 supporters from Venice Beach, and countries as far away as Hungary and Australia to march.

Donned in Venice Pride Sign tees supporters displayed the world’s largest free-flying rainbow Pride flag during the more than two-mile route that passed by such iconic New York City landmarks as the Flatiron Building, and The Stonewall Inn, where the modern LGBT rights movement ignited 50 years ago.

By Yo Venice Staff July 3, 2019
in Westside Wellness
Related Posts