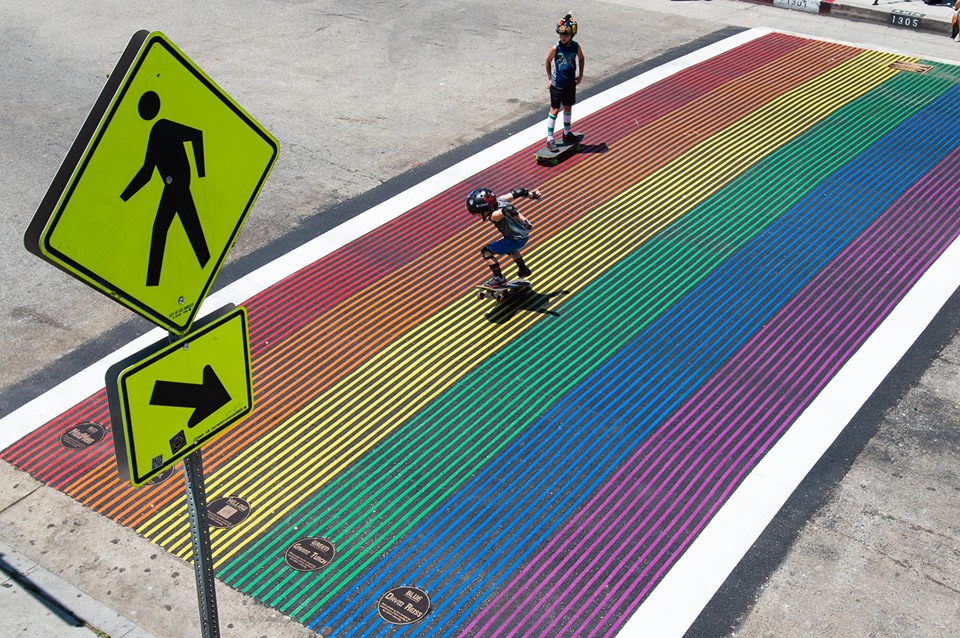 “‪On the 50th Anniversary of the Stonewall Uprising, let’s reflect on the bravery of all who fought to live & love freely. May we be inspired by their strength as we fight for a more inclusive CA,” said State Senator Ben Allen who’s office was at the unveiling.

The crosswalk was unveiled on Friday, June 28, in front of Roosterfish, a gay bar on Abbot Kinney Boulevard that was successfully reopened last year with the help of Venice Pride.

“This great project by Venice Pride is a wonderful addition to the neighborhood and Mike appreciates the work of Venice Pride and the neighbors who made this new celebration of pride possible,” said Councilmember Mike Bonin.

“A rainbow crosswalk on @abbotkinneyblvd at the doorstep of storied gay bar – what a colorful way to end Pride Month in L.A! We look forward to dedicating the crosswalk with the City of L.A. in recognition of #Stonewall50 and celebrating all we have achieved since ‘69. You fill us with pride and joy,” the Facebook post continued.