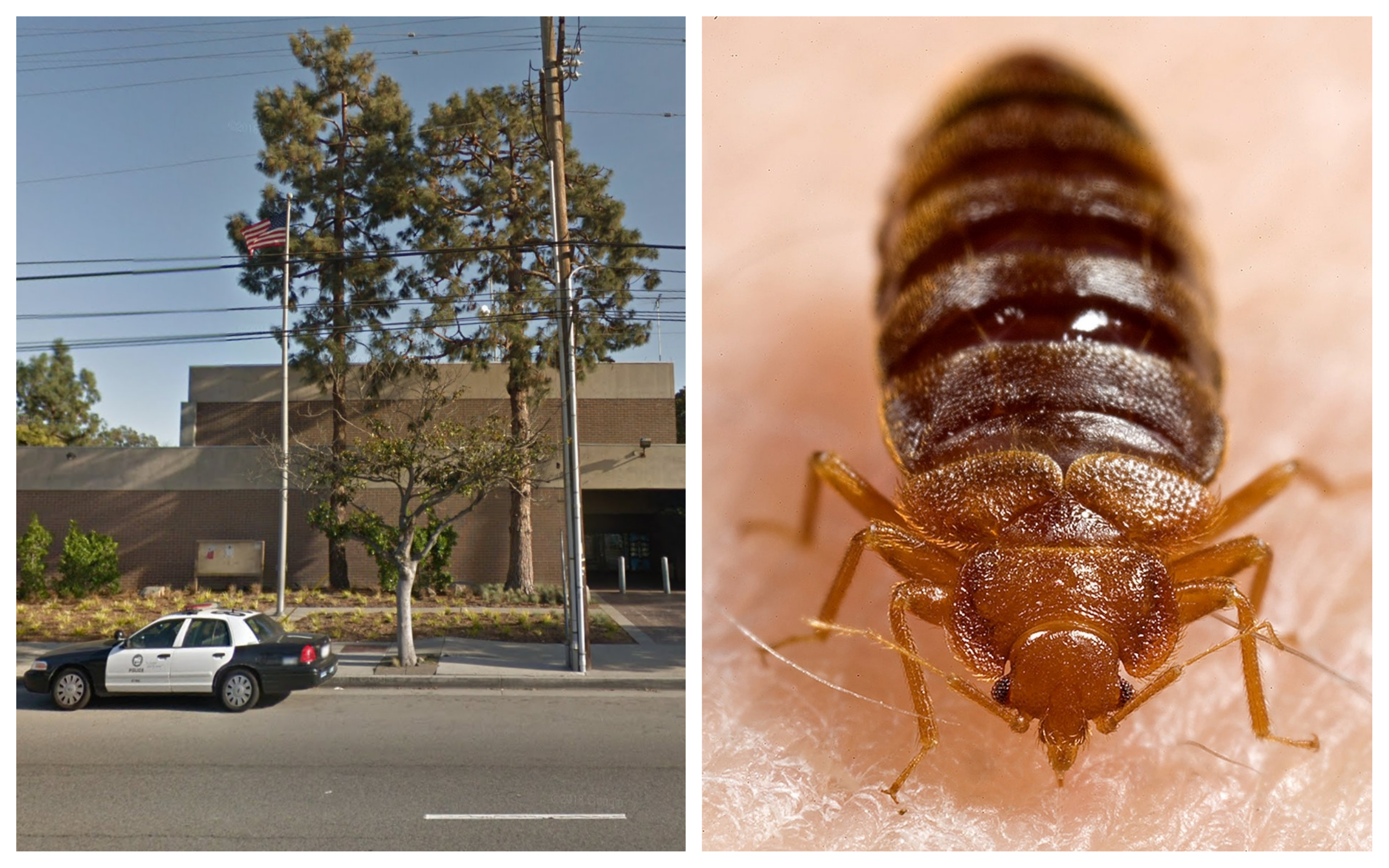 Pacific Division jail shut down due to bedbug infestation

The Los Angeles Police Department (LAPD) has confirmed that their Pacific Division Jail, located at 12312 Culver Boulevard, was forced to shut down to a bedbug infestation.

According to LAPD Officer Tony Im the facility, which serves Venice Beach and the surrounding area, will remain closed until at least Friday evening while exterminators spray the infested jail. Im says that inmates will be housed in both the LAPD Hollywood Division jail and the Metropolitan Detention Center until the infestation is exterminated.

Dustin DeRollo of the Los Angeles Police Protective League worries that not only is the closure of the jail a health concern but is also a public safety issue as the situation drains the Pacific Division’s resources.

“When our officers are unable to book arrestees at their home division, they have to travel further to book those folks … officers are out of service for a longer period of time, means they miss 9-1-1 calls,” DeRollo told ABC 7.

This is the second time in the past week an LAPD station has been hit by a contagion. Last week three officers at the West Valley station in Reseda caught the highly contagious MSRA (staph) bacteria that is resistant to antibiotics. The three officers were placed on medical leave and are expected to make a full recovery. All surfaces of the West Valley station have been sanitized, according to the LAPD.

In addition, in February typhus was discovered at LA City Hall.