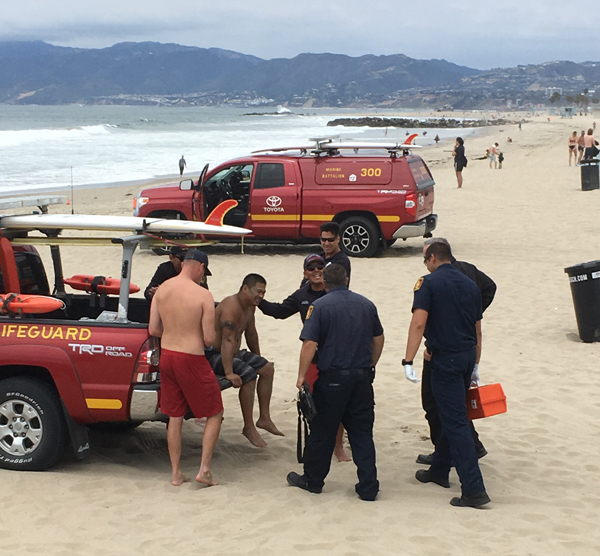 A string of south swells have brought sizable waves to Venice Beach, and on May 7, these waves led to the rescue of a man who jumped off the Venice Beach Pier.

On 12:15 Tuesday, May 7 an unidentified man jumped off the north side of the Venice Pier.

Underestimating the current and waves, he struggled to swim away from the pier’s pilings. A set of three-to-five-foot waves came through as the victim was attempting to swim and slammed the man into two of the barnacle-and-mussel-encrusted pilings.

According to Peter Ruiz of the Venice Pier Project, a nearby surfer assisted along with Los Angeles fire and rescue personnel and LA County Lifeguards.

“Five minutes later LAFD was on scene. The man refused to be treated and was informed that it’s a fine or even arrest for jumping off the Venice Pier. Dazed and bleeding from all the mussels tearing into his torso, the man limped away to the showers,” Ruiz wrote on VeniceUpdate.net

By Yo Venice Staff May 9, 2019
in Westside Wellness
Related Posts