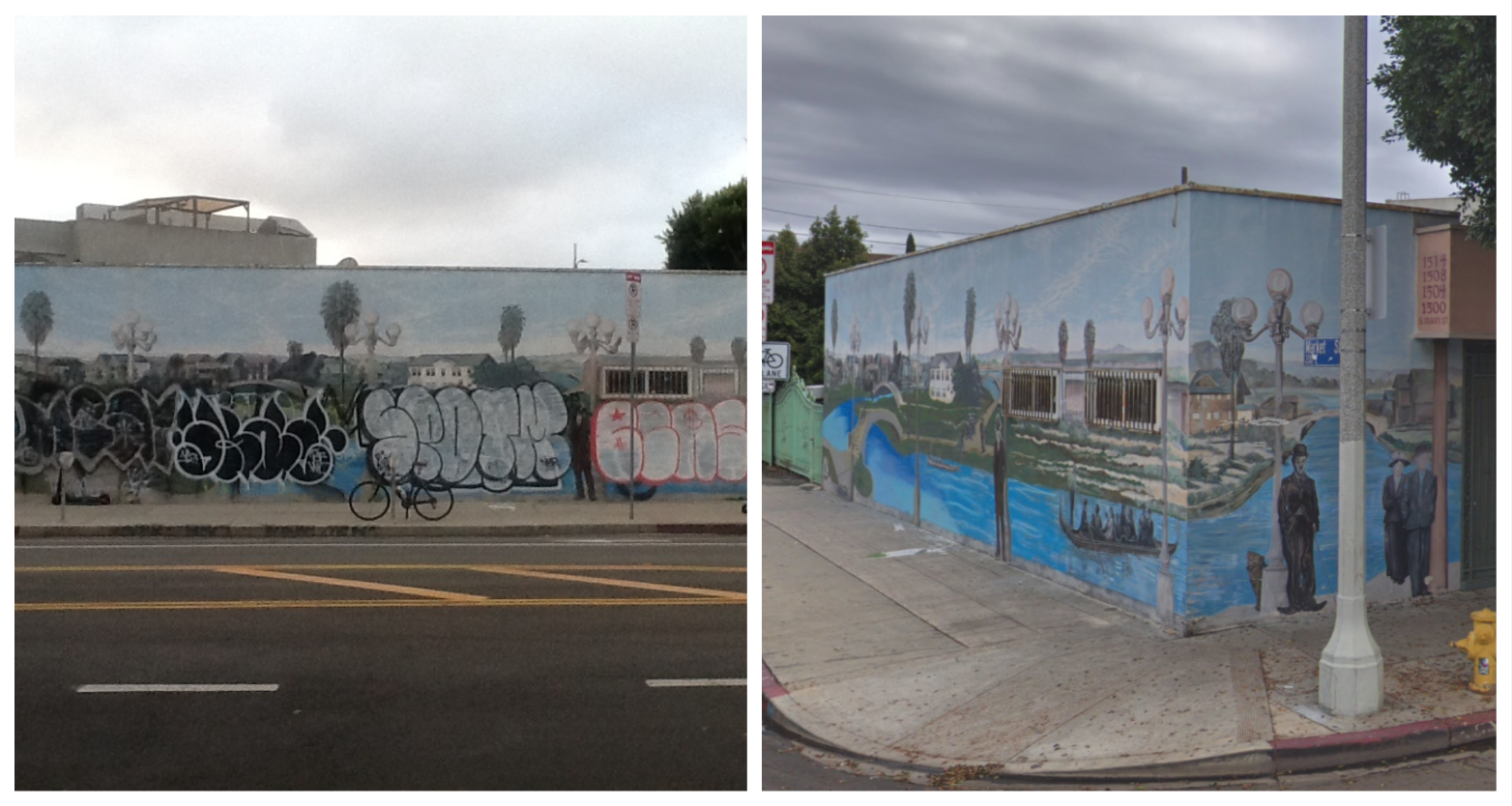 The Laurel and Hardy mural at Market Street and Main Street was damaged again last week by taggers. The mural, which also features Charlie Chaplin and other early film stars who came to Venice to shoot movies in the 20th century. It may be damaged beyond repair. If anyone has camera footage, they are encouraged to contact the Los Angeles Police Department Pacific Division.