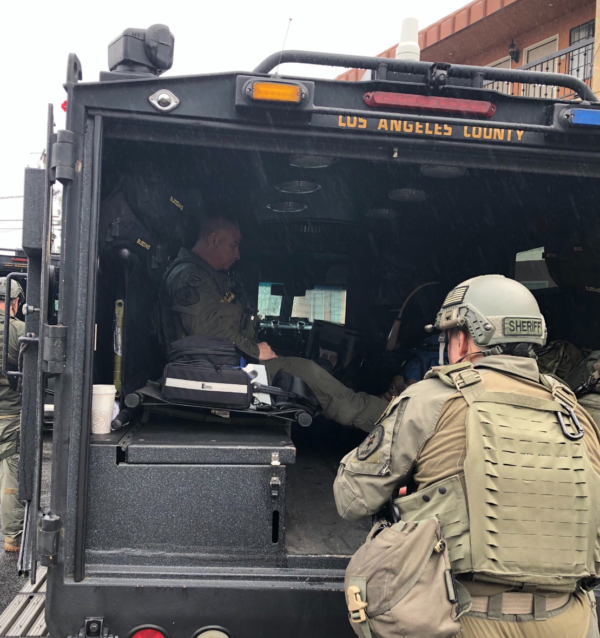 A potential suicidal individual discharged multiple gunshots at Culver City police officers performing a welfare check at the Ramada Inn Hotel Monday morning, according to the Culver City Police Department (CCPD). The suspect has since been taken into custody and no injuries have been reported.

At around 5:40 a.m., CCPD officers went to check on the welfare of an individual who was possibly suicidal at the Culver City Ramada Inn Hotel located at 3930 Sepulveda Boulevard.

“Once on scene, officers attempted to make contact with the subject. At that time the subject fired multiple gun shots through the door at the officers. No officers or civilians were struck by gunfire and the officers did not return fire,” CCPD said in a press release.

The Ramada Inn and some of the surrounding areas were evacuated as the Los Angeles County Sheriff’s Department Special Enforcement Bureau, took command of the incident.

The California Highway Patrol issued a SigAlert, and temporarily blocked on and on- and off-ramps on the northbound 405 Freeway at Venice Boulevard due to the incident.

At 1:17 p.m., the CCPD tweeted “Armed, barricaded suspect who fired shots from a hotel on Sepulveda Blvd in Culver City has been taken into custody. Neighborhood safe.”

If you or somebody you know may be suicidal, the National Suicide Prevention Lifeline can be reached at 800-273-TALK.