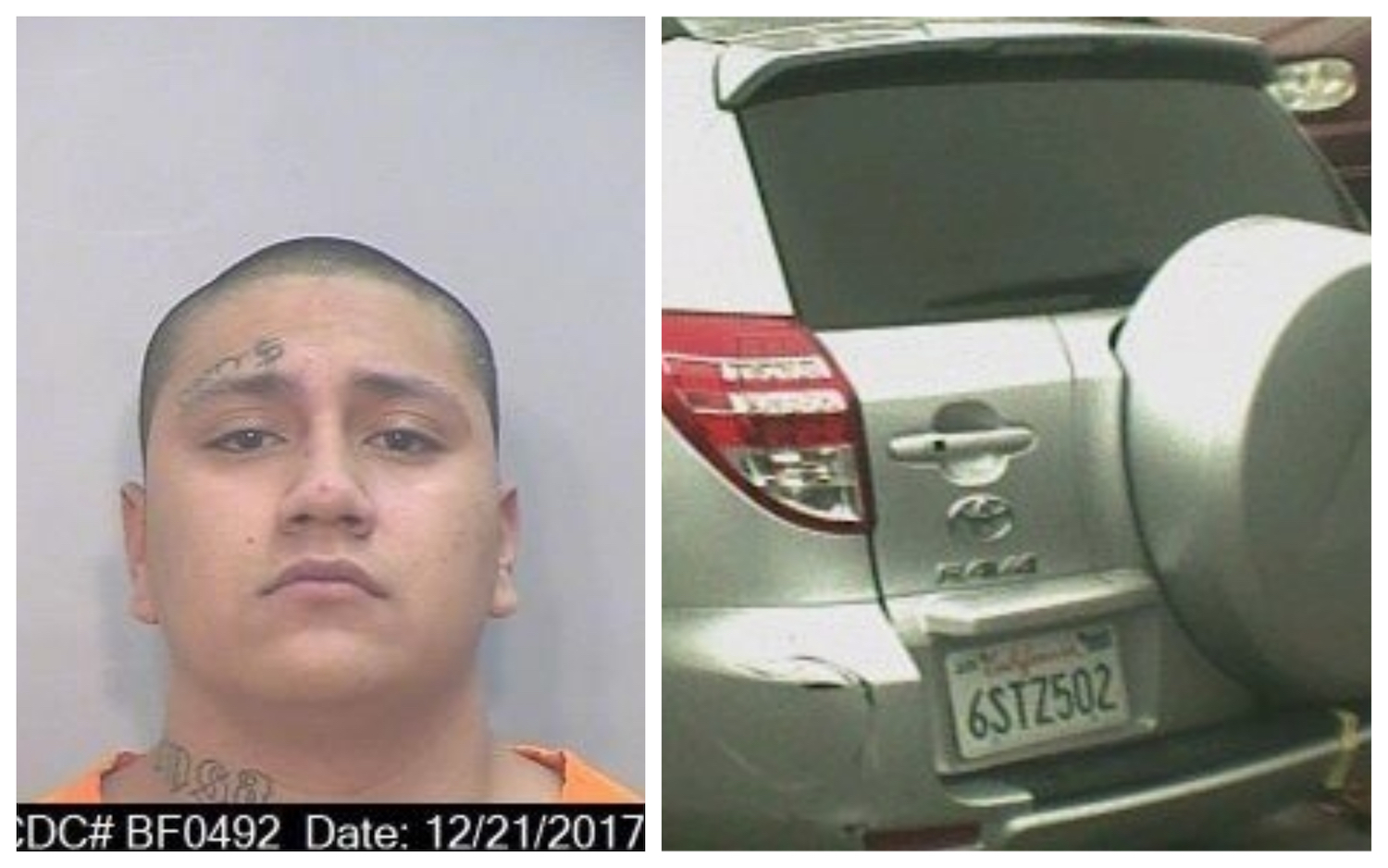 Update: Shalom Mendoza has been arrested in Paso Robles, California.

An inmate who walked away from San Quentin State Prison on Dec. 26 was seen in the city of San Miguel yesterday and investigators believe he is heading south towards the Los Angeles area, according to the California Department of Corrections (CDCR).

In a December 29 press release, CDCR said that the Shalom Mendoza, 21, was seen at a Dollar Store in San Miguel about 4:20 p.m. on Friday. Mendoza purchased dark clothing and is no longer wearing his prison uniform.

Mendoza was reported missing during an institutional count at approximately 9:35 p.m. on Dec. 26.

“He was assigned to work outside the secured perimeter of the prison, as many inmates are, and he took advantage of an opportunity to leave,” reads the CDCR press release.

Law enforcement officials believe Mendoza carjacked a victim in a Home Depot parking lot near the prison, and took a Toyota RAV4, California license plate number 6STZ502. A vehicle matching this description was found abandoned off the 101 Freeway north of Paso Robles on Friday.

Mendoza is considered dangerous and anyone who sees him is asked to immediately contact law enforcement or call 911. If a member of the public has any information on his whereabouts, they should contact Special Agent Eric Lauren at (559) 351-3979.

Mendoza is a Hispanic male with short brown hair and brown eyes. He is 5 feet 5 inches tall and weighs 177 pounds. He was received by CDCR from Los Angeles County on December 20, 2017 with a five-year sentence for use of deadly weapon during a carjacking/attempted carjacking and evading or attempting to evade a peace officer while driving recklessly.

According to the CDCR, since 1977, 99 percent of all offenders who have left an adult institution, camp or community-based program without permission have been apprehended.

By Yo Venice Staff December 29, 2018
in Westside Wellness
Related Posts