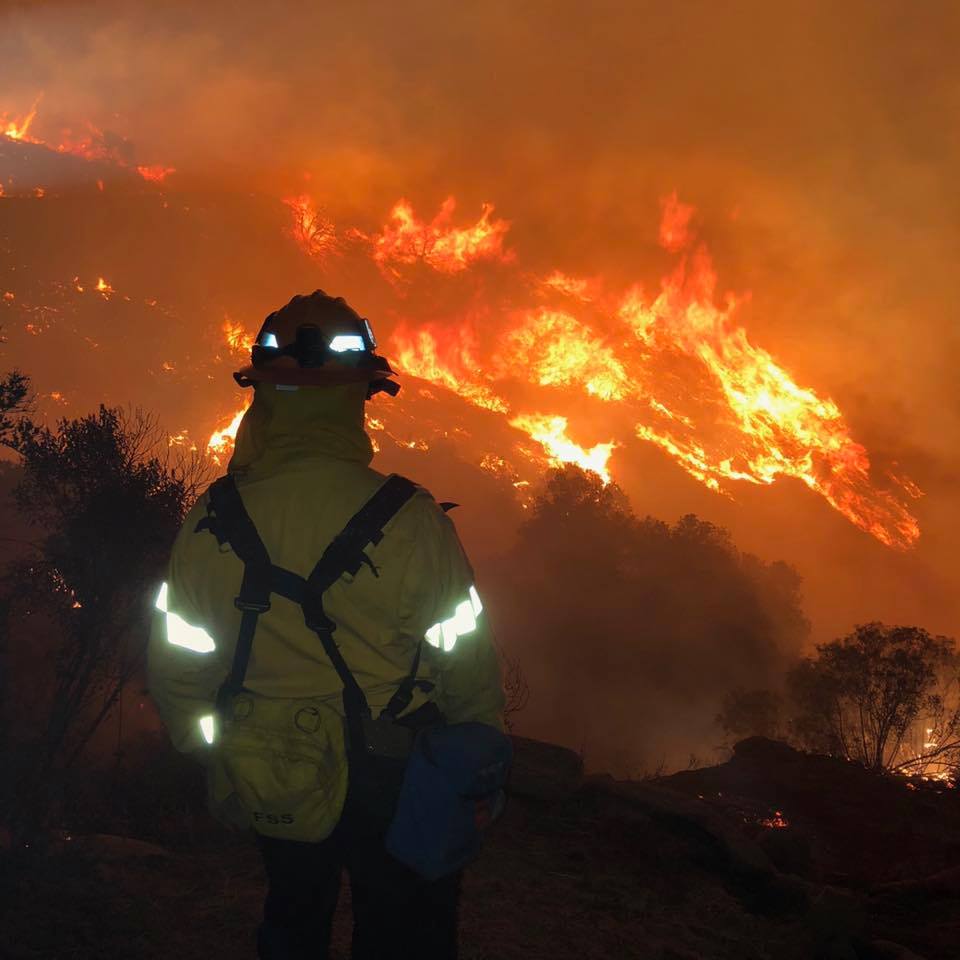 Nearly 20 people impacted by the destructive Woolsey Fire are the first to sue Southern California Edison for negligence which resulted in worsening conditions that intensified the wildfires.

According to the class action complaint, filed Friday in Los Angeles Superior Court, the plaintiffs contend SCE failed to shut off power to prevent the fire and shut off electricity to water needed to protect homes and residences. On November 12, 2018 as the fire raged, SCE provided a preliminary report to the California Public Utility Commission stating that SCE’s electric substation had experienced a disturbance two minutes before the fire was first reported. The fire started at the same SCE facility where the substation is located.

“Southern California Edison failed to take proper precautions to protect people and property even though the utility had prior warning of the Red Flag conditions in the area,” said lead plaintiff attorney R. Rex Parris with Parris Law Firm. “SCE’s decision to eventually turn off the power only exacerbated the problem for residents and firefighters,” added Parris.

The lawsuit claims that once the electricity was off, residents and firefighters couldn’t access enough water with the right pressure to fight the fire, increasing risk to the safety of homeowners sheltering in place and firefighters.

The plaintiffs are property owners, renters, business owners and/or individuals that suffered damages by the dangerous Woolsey Fire in Los Angeles County, California and Ventura County. Because the named plaintiffs filed the case as a class action, they also seek to represent a class of every person and business harmed by Edison’s negligence.

The fire, which is nearly contained, has burned through almost 100,000 acres of the Santa Monica Mountains in Los Angeles and Ventura counties destroying at least 1,500 structures. At the time of publishing, the fire is at 96 percent containment.

“Firefighting resources will continue to mop up and patrol. Crews remain diligent in providing public service to residents as they return to their homes. Structures destroyed and damaged have been validated by damage assessment teams,”  CAL FIRE said in a statement Monday morning.

On Saturday, November 17, President Donald Trump, California Governor Jerry Brown and Governor-elect Gavin Newsom surveyed they damage in Malibu and the surrounding area after Trump pledged federal assistance to the state to help with recovery efforts.

The fire, which has caused the fatalities of three people and injured three firefighters, forced mandatory evacuation orders in the cities of Malibu, Topanga, Calabasas, Agoura Hills, Westlake Village, Hidden Hills and Thousand Oaks. Most of these areas have been repopulated but at the time of publishing, there were still regions of northern Malibu and the Santa Monica Mountains under mandatory evacuation orders.

Officials caution residents who have started to return home to be wary of their surroundings as the dangers of the fire can still linger.

Firefighters initially expected to contain the Woolsey Fire by Saturday, November 18, but challenging conditions pushed this date back. At the time of publishing, Cal Fire expected the fire to be contained by November 22.

In the wake of the fire officials have urged residents to help with cash donations but cautioned members of the public to beware of financial scams related to wildfire recovery support.

“[We are] urging that donations be made to reputable first responder, relief, and animal‐aid organizations,” Los Angeles County Emergency Operations Center said in a press release. These include the American Red Cross, United Way and Los Angeles Fire Department Foundation.

On Wednesday and Thursday, there is a chance of rain, which may offer a reprieve from the hot and dry conditions, but also brings along the possibility of mudslides due to unstable ground post-fire.

“The after effects of a wildfire on watershed can be drastic causing immediate issues and long term effects. Rates of erosion and runoff can increase to dangerous levels following wildfires in California. Normally trees, shrubs, grass and other protective groundcover help prevent soil detachment and allow rainfall to infiltrate into the soil. After a wildfire the extreme heat can bake the soil to the point that water is unable to penetrate and can cause excessive run off in a post wildfire area,” said Cal Fire.

Visit http://www.readyforwildfire.org/After-a-Wildfire/ for more information on returning home after a fire.

46-year-old El Monte man arrested on suspicion of assault with intent to commit rape By Sam Catanzaro Police have arrested...