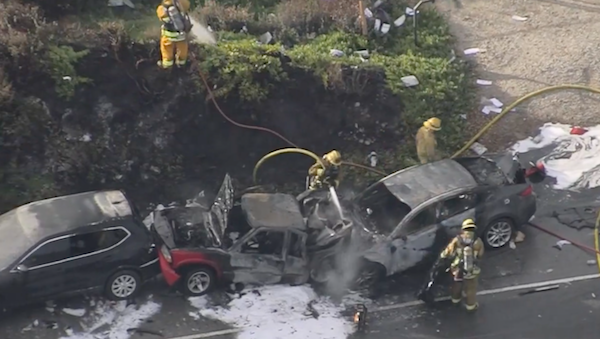 A 23-year-old man from Venice has pleaded no contest for leading police in November 2017 on a chase and crashing into and killing Juan Castillo, a landscaper walking on the Pacific Coast Highway.

According to Los Angeles County Deputy District Attorney Melissa Opper Venice resident Kevin James Hicks entered his plea on October 13 to one felony count each of: fleeing a pursuing peace officer’s motor vehicle causing death, driving or taking a vehicle without consent with a prior, assault with a deadly weapon and DUI causing injury.

Hicks in his plea also admitted to causing great bodily injury. He was immediately sentenced to 14 years and four months in a California state prison. Hicks was also convicted in Kern County earlier in 2017 for a separate incident of grand theft auto.

The deadly pursuit occurred on November 29, 2017, when the defendant drove a stolen Mazda 6 on the PCH, leading police on a pursuit after officers initially pulled him over near Ramirez Mesa Drive in Malibu. Police stopped pursuing the defendant as he drove at a high rate of speed soon before he struck Juan Castillo, 28, who was walking on the right shoulder, according to the prosecutor.