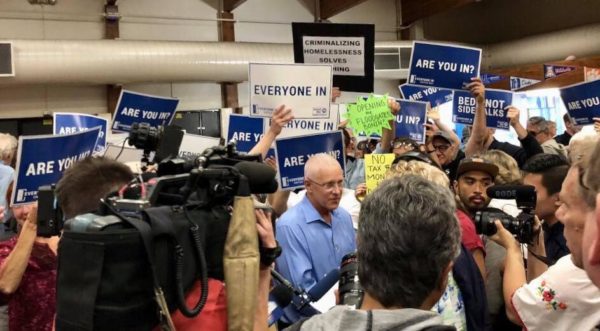 The town hall will take place from 6 to 8 p.m. at Westminster Elementary School Auditorium, 1010 Abbot Kinney Boulevard. The discussion will be a moderated by Alex Cohen. Cohen is the former local news anchor of NPR’s “Morning Edition” on KPCC and host of “Inside the Issues with Alex Cohan.”

The Bridge Housing project is proposed for the 3.15-acre lot that takes up an entire block between Pacific Avenue and Main Street south of Sunset Avenue. MTA closed the lot in 2015 after receiving multiple offers from developers interested in the site. The property can be used for housing for the next three years, however, because there is no deal in place.

The proposed project has stirred up some controversy in Venice. While Bonin’s office says that the majority of residents support the project, there are many in the community who are worried that this project will disrupt the neighborhood.

The Town Hall on the 17th is expected to draw a large crowd. To RSVP and secure a seat, click HERE.