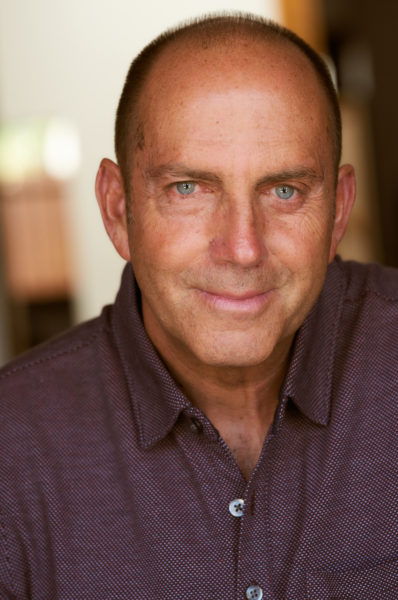 I sit on a bench waiting for something to write about. Eventually, I land on a moment in my acting studio, (RAW acting studio), regarding the topic of whether or not the pursuit of being an actor, writer, director or any kind of creative person for that matter is ‘a pipe dream wrapped in a blanket of futility.’

I coined that phrase as a result of wondering the very same thing numerous times. As a result, my go-to-response to others and myself is: “Well, if I’m going to piss away a life, then I might as well do something I love. And, being an actor, coach and poet are as good as any a way, I reckon, to piss away a life!”

Moments later, watching the traffic stream by on Lincoln Boulevard (in Venice Beach), I reflect on an article I read in The Guardian (February 1, 2012). Bronnie Ware, an Australian nurse, spent several years working in palliative care, caring for patients in the last 12 weeks of their lives.

She recorded their dying epiphanies in a blog titled Inspirations and Chai, which gathered so much attention that she put her observations into a book called “The Top Five Regrets of the Dying.” Ware writes of the phenomenal clarity of vision that people gain at the end of their lives, and how we might learn from their wisdom. “When questioned about any regrets they had or anything they would do differently,” she says, “common themes surfaced again and again.”

Guess what was number one? Yep, you guessed it.

I wish I’d had the courage to live a life true to myself, not the life others expected of me.

Bronnie writes: “This was the most common regret of all. When people realize that their life is almost over and look back clearly on it, it is easy to see how many dreams have gone unfulfilled. Most people had not honored even a half of their dreams and had to die knowing that it was due to choices they had made, or not made. Health brings a freedom very few realize until they no longer have it.”

Earlier today, I was engaged in a conversation about ‘manifesting a life imagined’ in place of imagining all the reasons to avoid that which you keep imagining. This avoidance can lead to the telling of a story about the story. And, before you know it, the telling of the story becomes the story of your life!

The HERO in each of us wants to latch on to the pursuit of the imagined life (your bliss) and will work in tandem with you to overcome the obstacles along the way. To me, this is a life worth living, regardless of the outcome.

As an enthusiast of Joseph Campbell, I draw on his writings frequently. Here is a favorite of mine:

“If you follow your bliss, you put yourself on a kind of track that has been there all the while, waiting for you, and the life that you ought to be living is the one you are living. Wherever you are — if you are following your bliss, you are enjoying that refreshment, that life within you, all the time.”

And, as beautifully written as this is, it would be unrealistic if I didn’t talk about the obvious, MONEY. Joseph Campbell addresses this: “If you follow your bliss, you will always have your bliss, money or not. If you follow money, you may lose it, and you will have nothing.”

Personally, I would rather know where my bliss is, revel in the joy of it all and continue to discover opportunities to generate money rather than pissing away life in pursuit of making money.

By Yo Venice Staff September 3, 2018
in Westside Wellness
Related Posts