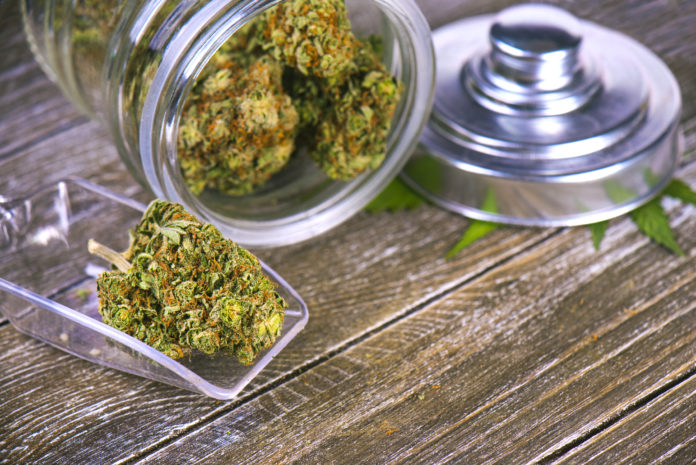 Venice may be saturated with pot shops but in some other parts of Los Angeles, recreational marijuana retailers are few and far between and in neighboring Santa Monica the sale of retail marijuana remains illegal.

It has been almost two years since California voters approved Proposition 64, also known as the Adult Use of Marijuana Act (AUMA), legalizing the possession and retail sales of cannabis. The law gives cities and counties local control to establish their own regulations surrounding recreational marijuana. Getting local governments on board, however, is one of the major challenges facing the industry.

Josh Drayton of the California Cannabis Industry Association, says that only 35 percent of municipalities in California have any recreational cannabis laws in place.

“One of the challenges the industry is facing right now is local authorization. In the State of California, you need a local permit from your municipality, whether city or county, to get a state permit,” Drayton said. “We are still only dealing with 35 percent of local municipalities having any regulations on the books whatsoever. So 65 percent of the state is still in a ban or working on their regulations currently.”

Drayton was speaking at a public debate on August 6, at the Santa Monica Pier hosted by ProCon.org titled ‘MARIJUANA, Legalization in California – Is It Working?’” in which two experts discussed the successes and failures of recreational marijuana in California, as the City of Santa Monica considers how to proceed to retail sales of cannabis.

The event was part of PRO/CON, a non-partisan debate series designed to inform public discourse on ballot measures and current issues better. ProCon.org supplies experts from both sides of the topic as well as a neutral mediator to facilitate dialogue and reinvigorate the art of critical thinking. The debate on marijuana was one of four debate topics scheduled for Monday evenings throughout the summer.

The “pro” speaker was Drayton of the California Cannabis Industry Association. The “con” speaker was Will Jones from Smart Approaches to Marijuana (SAM). Megan Gailey, Stand-up comedian, writer and host of Crooked Media’s Hysteria, moderated the debate.

Jones did not take issue with the consumption of marijuana but believes that the rapid commercialization of the industry is concerning.

“There’s a better alternative, that would be one in the middle. We have introduced bills for decriminalization. We believe 100 percent in removing criminal penalties for marijuana use. There need to be expungements as well if you have previous convictions for marijuana use, but the problem with commercialization is that it leads to over saturation in communities of color,” Jones said.

Jones argues that the commercialization of the cannabis industry is far too similar to the commercialization of alcohol and will lead to more young users dependent on the drug, describing the retail cannabis market as “a multi-billion dollar industry that will profit off of addiction that will follow in the footsteps unfortunately of alcohol and tobacco, targeting communities of color.”

Like alcohol, many municipalities levy high taxes on marijuana sales, something that Drayton and other industry experts worry about as cities like Santa Monica develop policies of their surrounding the sale of cannabis.

“While I understand the need for the state to generate tax dollars, it’s extremely hard on an entrepreneur. Keep in mind while they are taxed more than most businesses, they don’t receive any state incentives and tax breaks like other businesses,” said Stormy Simon, a Cannabis Advocate.

Simon, who serves on the Advisory Board for CannaKids, KIND Financial and is a Director on the Board of High Times, argues that if the City levies an additional tax on cannabis retailers, who are already paying high state taxes, either business will fail, or consumers will pay more. Therefore, she says it is important for voters to consider the implications of the 1 percent tax they will vote on in November.

“We should all ask, when we the people vote and pass laws, should the government be able to impose taxes so high, that businesses may fail or so that consumers can’t afford it?,” Daniels said  “Currently the tax rates are climbing high in cannabis, we should all be pushing back a little bit.”

For more information about the PRO/CON debate series at the pier, visit www.santamonicapier.org/procon.