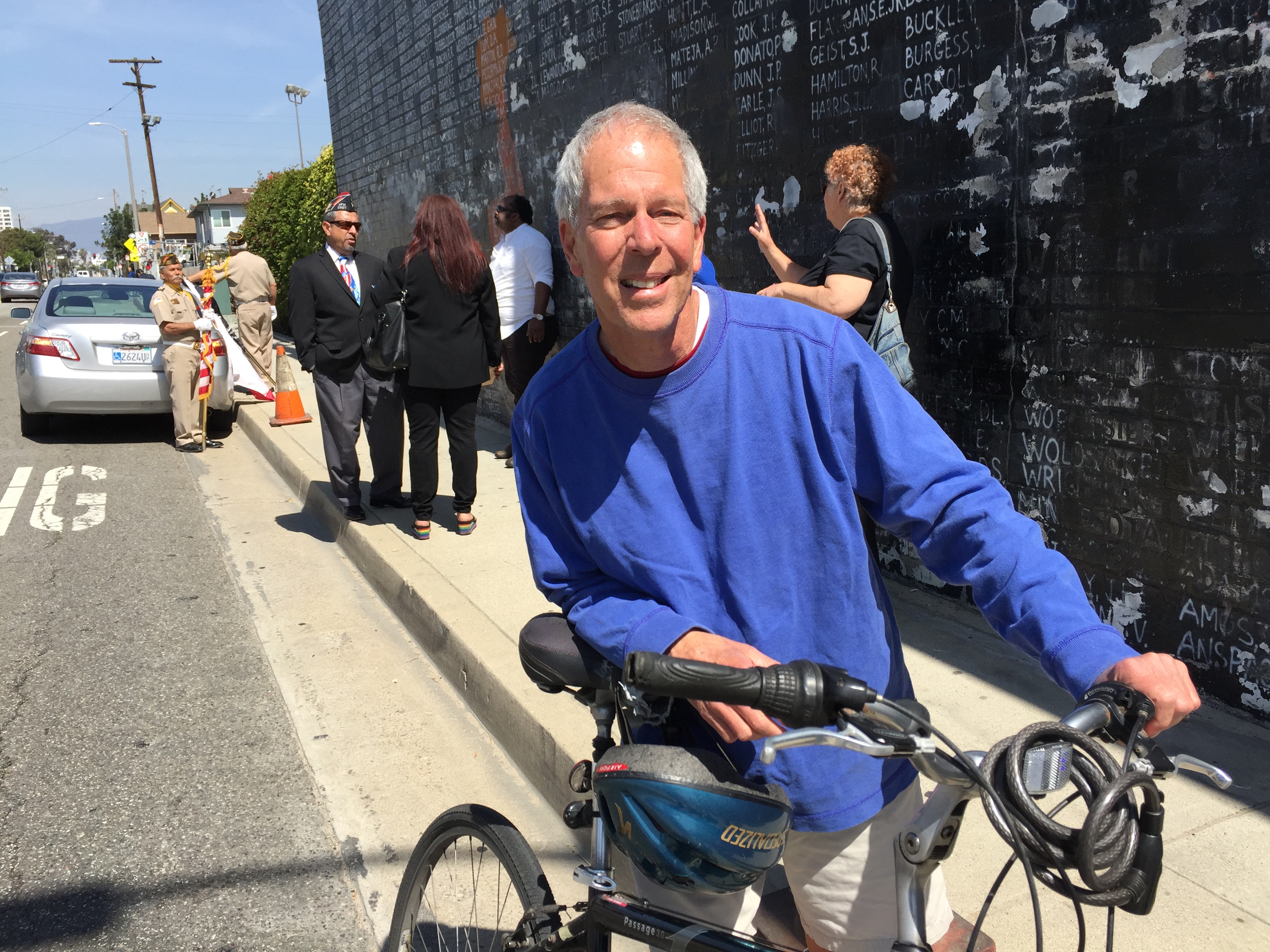 On Memorial Day, Monday, May 29, Venice neighbors gathered to celebrate the newly restored memorial mural honoring prisoners of war and those missing in action during the Vietnam War.

While the mural is complete, it is one step away from being forever protected. Standing before the crowd, George Francisco who is president of the Venice Chamber of Commerce, announced a few thousand more dollars was needed to preserve the mural and neighbors stepped up. Councilmember Mike Bonin offered $1000, and an extra $500 came from the crowd with people emptying their pockets of whatever cash they had available.

After the impromptu neighborhood fundraising round Francisco told Yo! Venice, “we need roughly $4000 more.” Once raised, the money will allow Venice-based Social Public Art Resource Center (SPARC) to digitally archive the mural meaning no matter what destruction the mural faces in its future history will never be forgotten.

The original mural was completed in 1991 and included the names of 2,273 members of the armed forces counted as prisoners of war or missing in action for the Vietnam War. People missing in action were missing from the wall,” explained SPARC founder Judy Baca.

What followed was a heartening example of what a community can do when neighbors step up and work together. “So many people gave us old photographs, we gathered all the evidence we could and slowly pieced together the missing names,” Baca told Yo! Venice.

Snapchat, SoCal Gas, Councilmember Mike Bonin, and local neighbors all made donations, making the restoration possible. SPARC employees and many volunteers worked for several weeks repainting the mural. The names were painted back in by hand copying the style of mural artist Peter Charles Stewart.

“It was really a moving process because we had few people come up to us and say ‘I’m so glad you brought our names back, our family members names back.’ The entire process was really positive and really powerful,” SPARC Project Manager Carlos Rogel told Yo! Venice.

Standing in awe before the restored mural Stewart Oscars said to Yo! Venice, “in a year all this got done. To me that’s amazing. I can’t believe the amount of people who got together and did this.”

You can contribute to help preserve the mural forever. Donate through the Venice Chamber of Commerce at via their gofundme campaign.