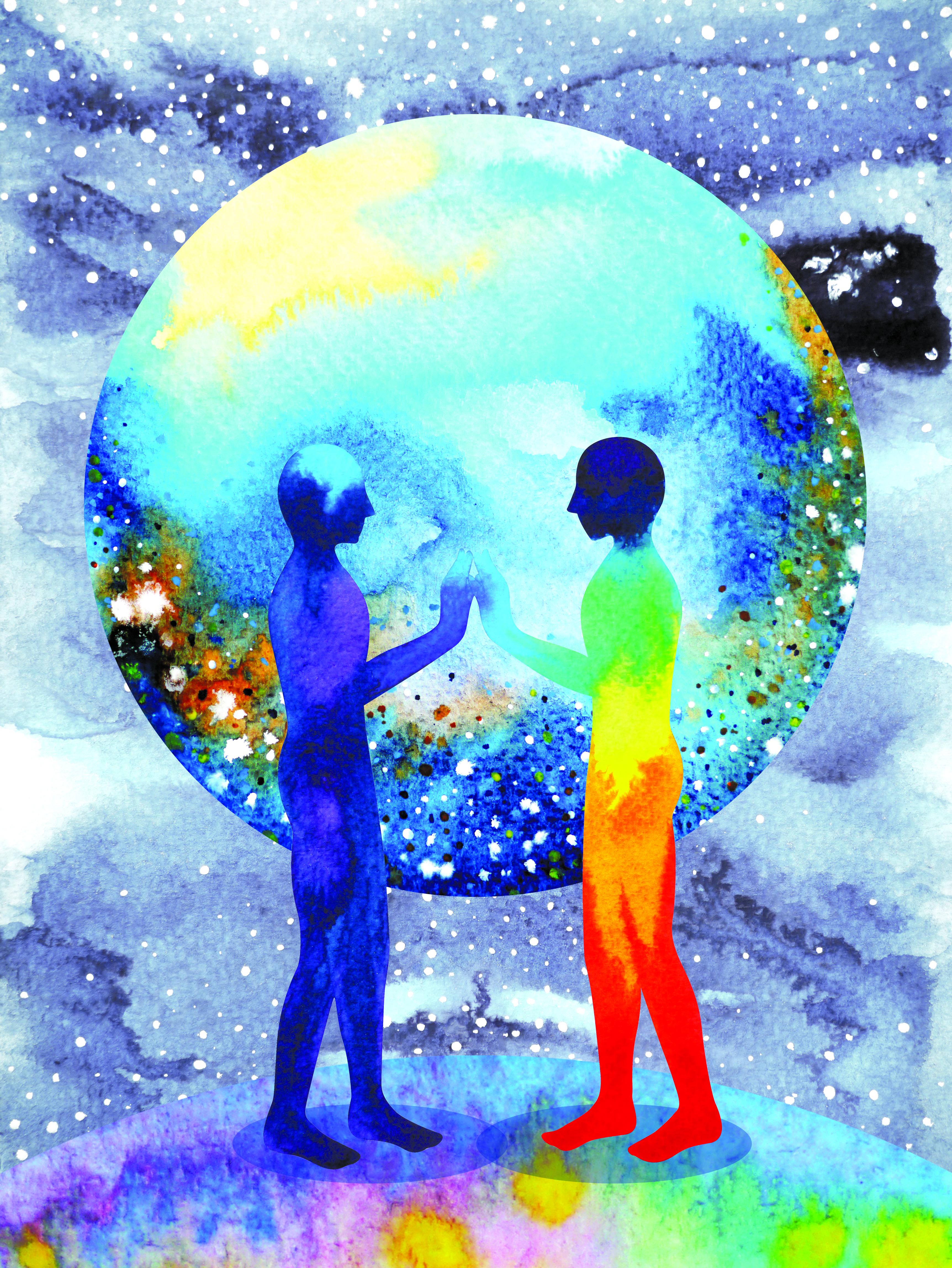 In light of the recent installation of the Japanese Venice Memorial Monument (JVMM) at Lincoln and Venice Boulevards, I was asked to write a piece on how we can collectively learn from past social mistakes; such as that of the persecution and internment of the Japanese during WWII. Well, the answer is both simple and complex. It comes down to individual choice to become a fully aware, conscious and conscientious human being.

In my late teens or early 20s, I became more fully aware of ongoing overt social problems. Probably poverty and discrimination were the first two. Having lived in India for the first six years of my life, I saw extreme illness and poverty during my travels with my Asian, European, and American family. When my family moved to Manhattan when I was 10, I became aware of racial identity and discrimination. For the first time in my young life I was asked to identify my race by only two categories: White or Black. Being half Asian and half European, I did not fit either.

However, as I grew up, I became less self conscious of my racial identity or lack thereof. I became more aware of being desired and ogled at, groped, and pursued first by boys my age, then by men. It became overwhelming. So much so, that at the age of 12, I made a conscious decision to become more assertive and to project a total presence in my being. A flashing message to “not even try to get over on me, because I was fully present and aware of my surroundings.” I’d say my decision mostly served me well. The few times it did not, was because I was up against a narcissist who could not respect my boundaries, or who was not interested in respecting me as a conscious, human being worthy of respect. I have often written and warned about this type of person.

Now? We have one running the country.

Narcissists are easy to identify. Basically, they are not interested in how their abusive actions affect others. They are only interested in making moves that assert their dominance, despite causing offense or harm to others. Almost at any price. Even to their detriment. There is no self-awareness in relation to how they may harm others. In defining self-esteem as safeguarding one’s healthy relationships as a part of the whole, one could argue that narcissists are not even aware of their lack of balanced self-esteem i.e. “I exist, I belong, I am worthy of belonging and being respected as a loving being.” They are people with overtly inflated egos, and underdeveloped Ids. AKA a lack of a subconscious voice of self reflection, and cautionary inner dialogue. They exhibit an absence of care, that they are jeopardizing their place, as a respected member of the human tribe, and natural environment.

I am not one to just sit around and complain. I prefer to be proactive. Based on my early awareness of basic human suffering, and the sheer magnitude of obstacles facing the human race, I eventually settled on becoming a person who would find ways to help people become better, more efficient members of society. You could say, I begrudgingly found my calling. It is not a sexy job. Unlike many, I am not clamoring to become the next Dr. Phil. I just want to help as many people as possible clear out their BS, their blocks, their negative family programming, in order to become more fulfilled human beings. It’s my way of leaving the planet better than I found it.

In doing more than 20 years of research, in order to understand how to best serve masses of people in a short period of time, I became aware that people are programmable beings. An energy being we call the soul. Housed in a programmable biochemical mechanism we call the human body. Based on my research, I developed a number of efficient exercises that help people to clear out old, useless, or damaging programming. I developed one in particular, which is a form of body/mind therapy, based on researching the body, as a mechanical instrument.

There are a number of what I call “Quantum Healing” methods, which I have developed. One that can accelerate the removing of old baggage that can obscure one’s progress, growth, and inner view of self-reflection. It is a method I use with extreme cases. It involves a light magnet and the body’s ability to hold electromagnetic programming.

When there is too much chaotic debris in a person’s magnetic field, I use this technique to clear out their exterior energy field. It’s almost like rewinding and deleting old energy debris. It is a way of clearing space to be able to have a more refined energy and focus. In this way, I have been able to help people make space for greater inner reflection and personal growth. This requires true inner reflection on behalf of the client. It is a method that can help clear space for narcissists to have greater inner reflection, in order to achieve greater consciousness. It is also useful in helping people who have been damaged by narcissists and other life experiences; to gain greater focus and growth through space made in their magnetic fields. It is a shortcut, but it works well.

I feel that we have reached an age where the indulgence of a lifetime of ‘traditional psychotherapy’ and only ‘straight talk therapy’ is not efficient enough for the massive social challenges we face as a nation and as a planet. How can we prevent past historical mistakes? We need to take self-inventory. We need to raise conscientious children, and we need to start clearing out old programming. Both in current and previous generations, and much faster.