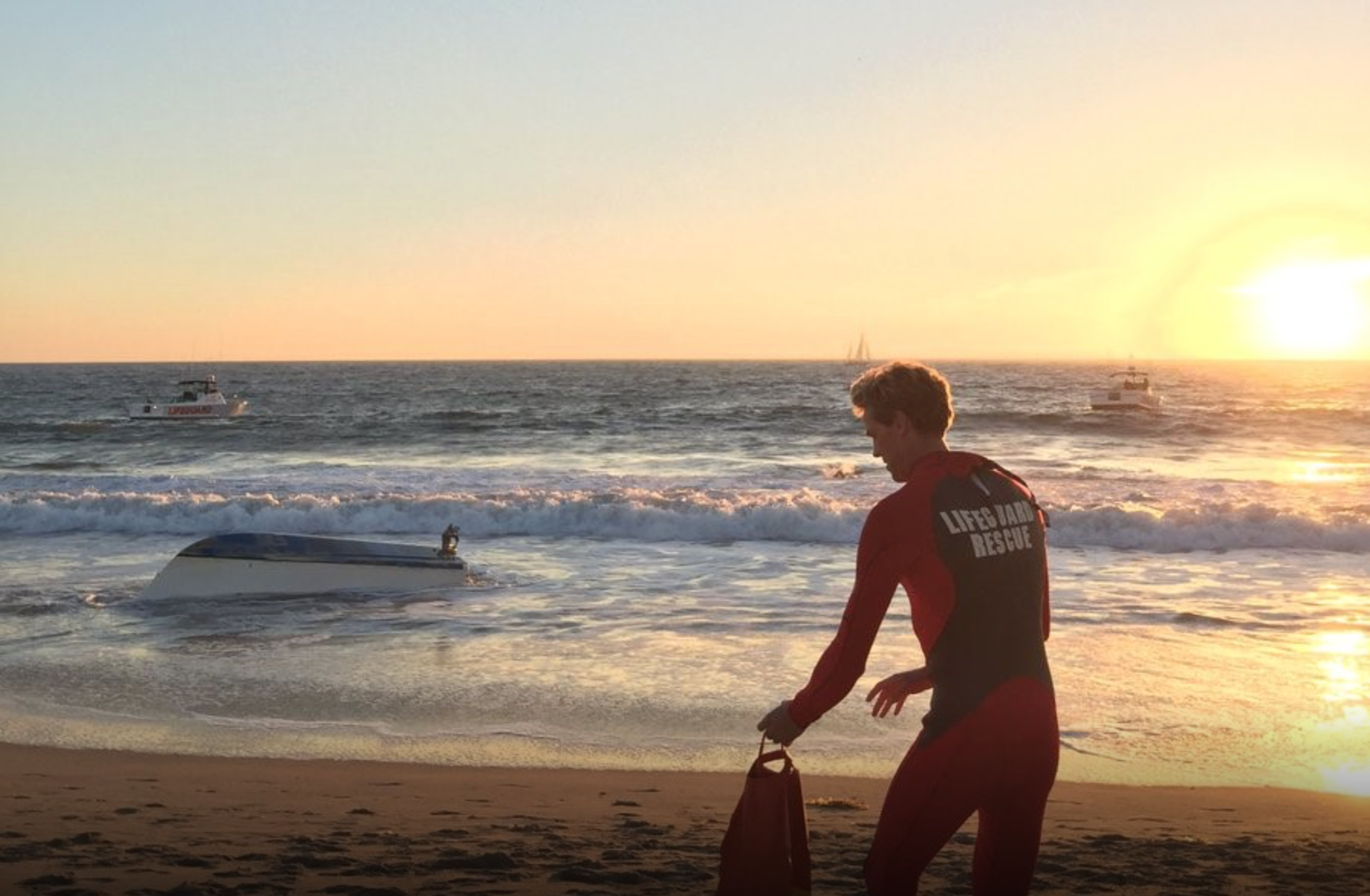 A 20-foot boat with an outboard motor overturned on the beach just north of Marina del Rey in Venice.

In October, a rainstorm left close to 14,000 L.A.D.W.P. customers without power for hours. People were affected across Los Angeles. In Venice, 7,900 were left in the dark.

Not even Snap Inc was immune. Yo! Venice’s favorite photographer, Steve Christensen, snapped the company’s employees stuck outside their offices on Market Street.

7,900 people in Venice were left in the dark after a rainstorm causes power outages. Photo courtesy Steve Christensen Photo.

It was not a good month for boating with a total of two accidents only days apart.

Two men in their 60s were hospitalized after their boat capsized near the Marina del Rey breakwater on October 12.

Authorities told reporters at the scene that the men were out setting lobster traps when the boat flipped upside down and one of the lines likely became strung around a propeller.

The lifeguards found the men clinging to the rocks on the break wall. They were taken back to the Marina del Rey docks where they were treated for mild hypothermia before being taken to a hospital for further treatment, according to Lt. Paul Patterson of the Marina del Rey Station.

Then, days later, a 20-foot boat with an outboard motor overturned on the beach just north of Marina del Rey in Venice, injuring four men in their 50s, two critically. All were hospitalized following the incident.

Later in the month, a man robbed a Chase bank branch in Venice. Police said the man was a known transient in the area. He had slipped a note to the teller and made off with an unknown amount of cash, according to police.

Read what happened in November here.