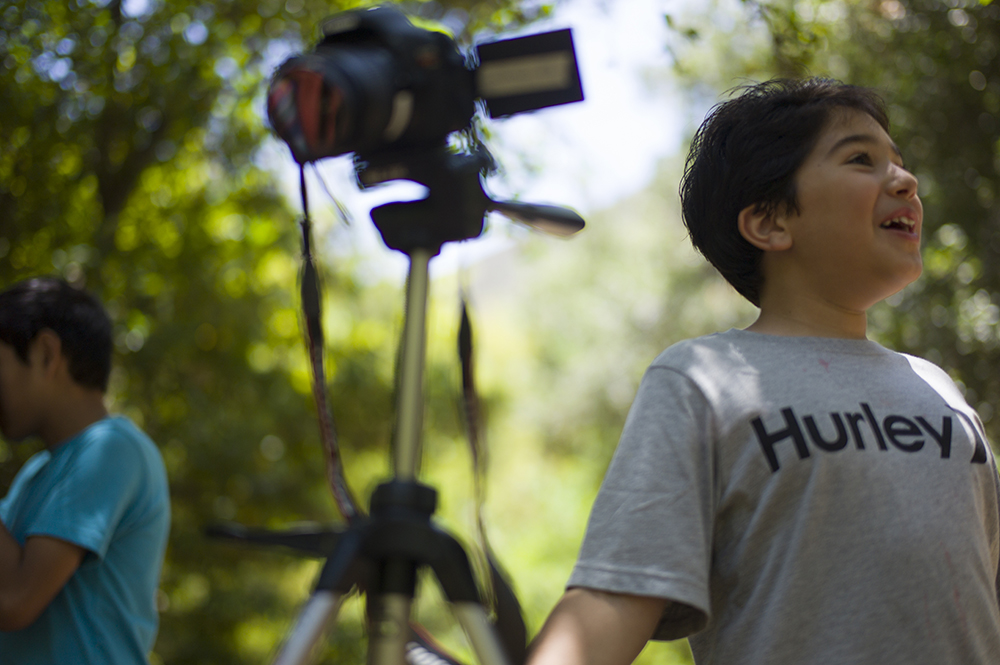 Kids throughout the Venice neighborhood are gearing up for camp during their summer break from school. Venice Arts is asking the community for help in sending children from low-income families on a summer camp adventure too.

Last year 8-year-old Kamran was the youngest student in the Venice Arts “Movies in the Mountains” summer camp. Kamran, who aspires to be a Film Director said, “I liked going to Solstice Canyon because I never go to dusty cowboy places.”

The program is supported by the National Park Service and is in keeping with the entire premise behind Venice Arts – giving under privileged kids opportunities to which they would not usually have access.

While taking part in the program, Kam- ran and his camp buddies produced the short film “Solstice Canyon.” It is a ghost story which, Venice Arts Associate Director, Elysa Voshell said, “reflects the sense of discovery and adventure they felt at Camp.”

The group is hoping to raise $15,000. That would be enough money to support scholar- ships for 100 low-income youth like Kamran.

“Last year we had 140 students on full scholarship for Camp, and we hope to be able to provide that again this year with the community’s support,” Voshell said.

A $70 donation sends a child to Camp for one day. $1400 covers a full month. One of camp donors is Kreation Organic. The Abbot Kinney restaurant will feature an exhibition beginning April 22, Earth Day, and running through May 8. The show will feature works from Venice Arts students, exploring intersections between art, science, and the environ- ment.

Donations are being accepted until April 30th. Visit VeniceArts.Org