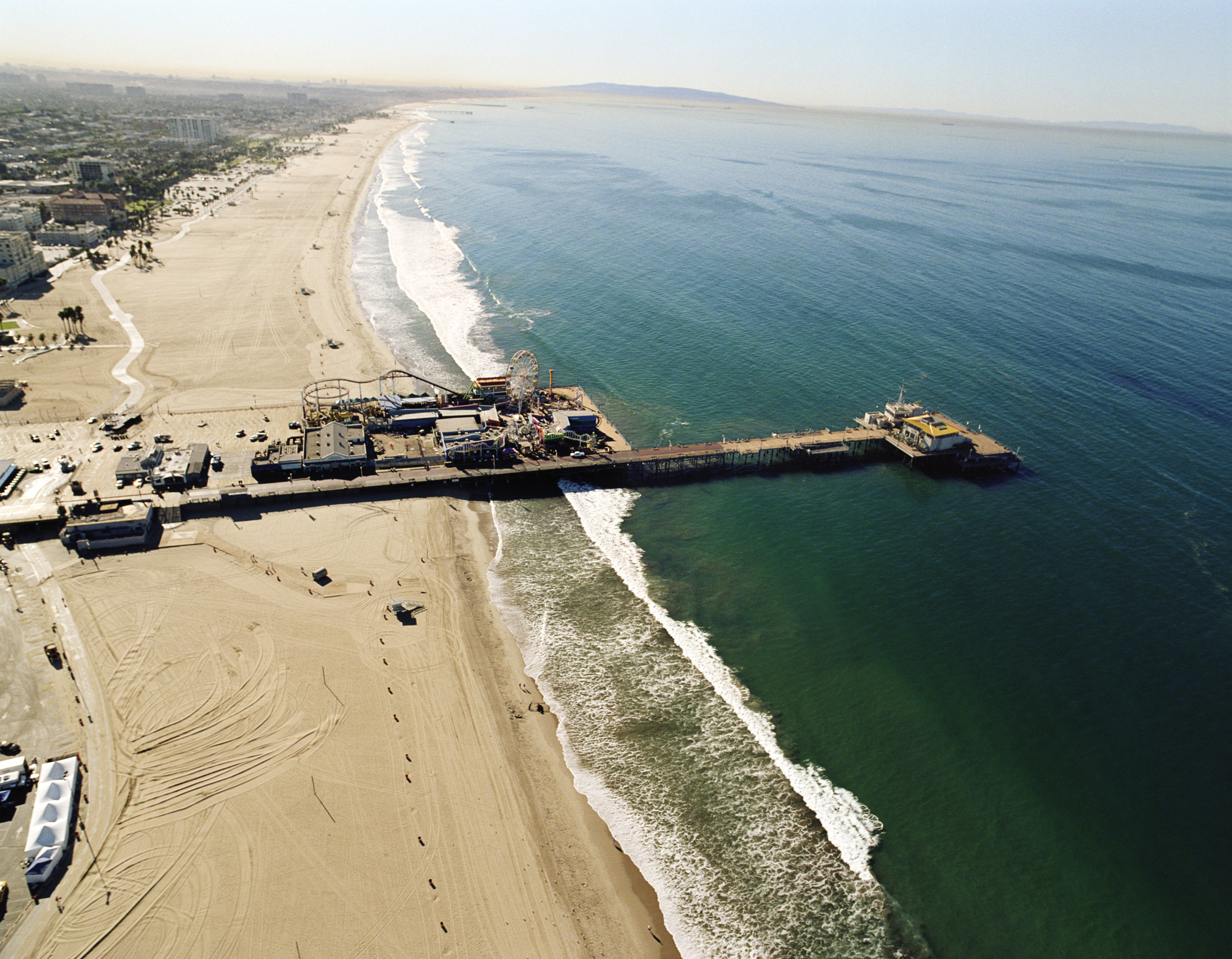 Rescue workers continue their search this morning for a man last seen clinging to a pylon off the Santa Monica Pier.  Initial reports say the man had fallen into the water.

Los Angeles County fire officials, along with County lifeguards, were notified of the man’s disappearance at 3:05am this morning.

In 2010 Brian Patrick Dunn, 31, died after he jumped off the Venice Pier at 2 a.m. following the 4th of July holiday. His body was discovered  the next morning by a fisherman in an area north of Venice and south of Santa Monica Pier.

Just under a year ago, on April 16, 2015 Venice locals were woken by a cacophony of sirens just after 3 a.m. in the morning as police and firefighters raced to rescue a man who had jumped off the Venice Beach Pier.

The man in his mid-20’s was acting on a dare; his friends had challenged him to jump off the pier without his clothes on.

Los Angeles police  Lt. Daniel Gonzales at the time warned of the dangers of falling into the water off any pier, saying, “we’ve had people get caught in the pylons and get all bloodied up.”