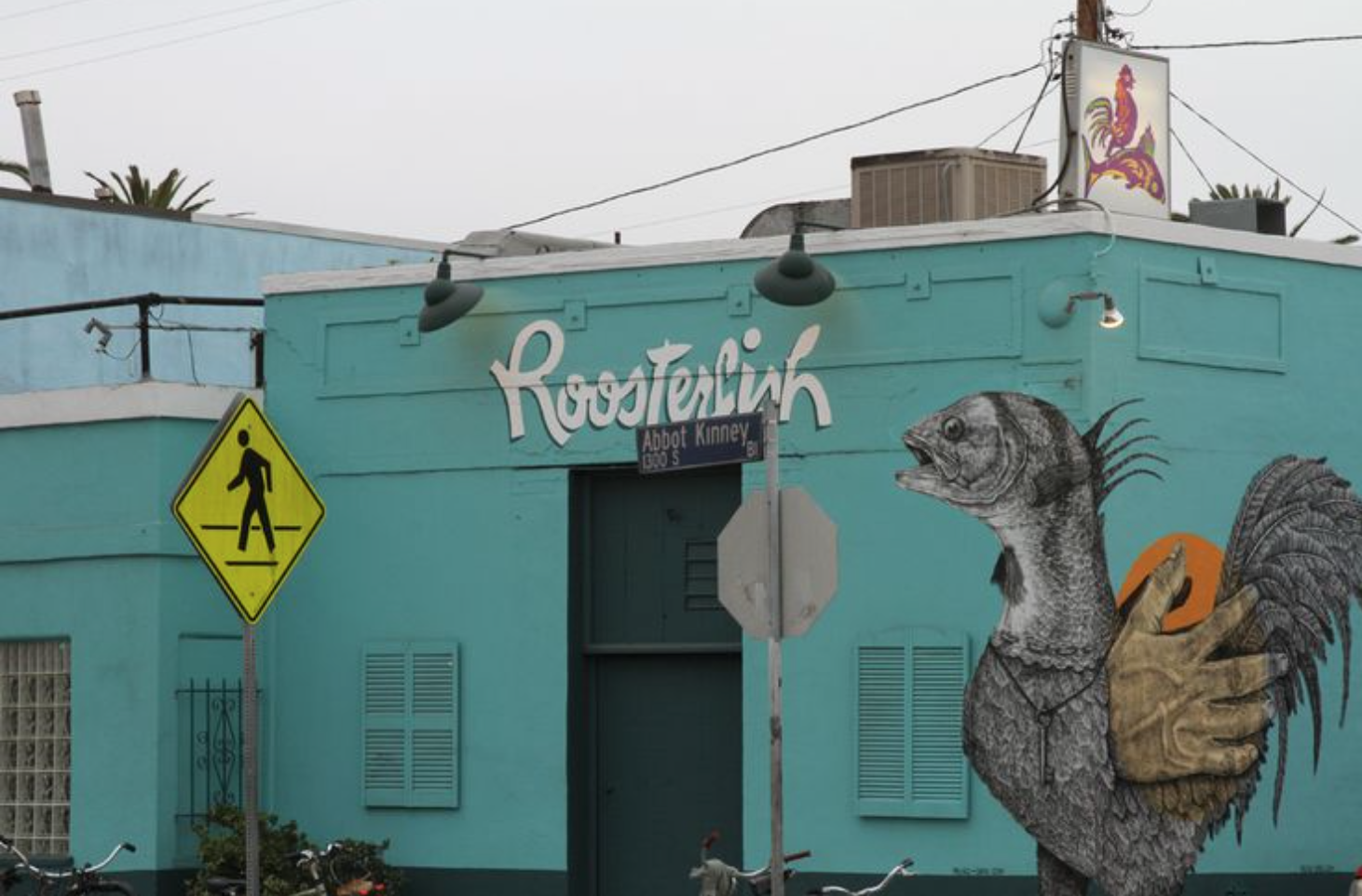 It’s the oldest continually running gay bar in Los Angeles but that run is set to end. In May this year Roosterfish will call last drinks for the last time, shutting the doors forever to the iconic aqua bar at 1302 Abbot Kinney Blvd.

“There’s a lotta history in here,” says Seth who works at the bar, “and until we close in May we’re going to give it a good more 3 months.” Last night, Seth says, the bar was packed.

Frontiers Media reported that the impending closure of Roosterfish was yet another blow to L.A.’s gay nightlife. In November last year  Circus Disco shut it’s doors. Not to be forgotten, the apartment complex planned for the site will incorporate elements of the historic club into it’s decor.

For now though Roosterfish will continue business as usual so, “come have drinks with us before we go,” says Seth.